We welcome the first generation of men with hemophilia living into older age-and explore the medical issues that come with it.

By Heather Boerner, freelance writer
When Dan Liedl, who has severe hemophilia A, wakes up in his Morgantown, West Virginia, home every morning, he feels fine. It’s only when he starts to move that he feels every minute of his 58 years. It’s an interesting experience for a man whose adoptive mother was told her son wouldn’t live to age 21. 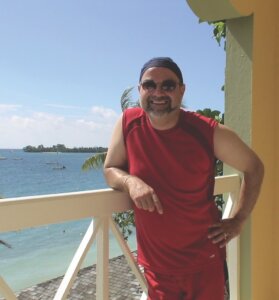 There’s the arthritis in his hips, ankles, knees and shoulders that tell him what the weather is going to be like that day. There are times he has to dangle his legs over the side of the bed and slowly rotate them so that the pain in his ankles drops from agonizing to just sore. And of course, there is the limp caused by the fused knee and the neuropathy from cancer treatment that remind him with every step he’s not a kid anymore. It’s a weird realization for a man who, in midlife, is studying to get a PhD in medical sociology.
“Some days my mind tells me I feel like a teenager and my body tells me I’m an old man,” Liedl said in a deadpan.Â
What he does know is that his body is older than his years, largely because he’s a member of the first generation of men with hemophilia who are living into their 60s, 70s and 80s. He and his peers have experienced the full gamut of hemophilia treatments-whole blood transfusions, cryoprecipitate and every generation of replacement factor out there. This means they also have had a large number of bleeds and the accompanying joint damage and bone density loss, often leading to mobility limitations and pain. Plus, he and his generation are dealing with something that men with hemophilia never had to face before: diseases of aging, such as diabetes, high blood pressure, cancer, joint replacements, even heart disease and organ transplants. And as they do, they-and the health care system that treats them-are having to learn how best to meet all of their needs.Â
The good news is that everything these men are dealing with can be addressed with the right medical teams and with the help of the discipline that most men with hemophilia learn early, said Richard Vogel, 65, of East Brunswick, New Jersey, who has severe hemophilia A. Vogel is a past president of Hemophilia Federation of America.
“If you don’t infuse, you’re going to bleed,” he said. “So you learn to be compliant with your prophylaxis. I know every third day I’m going to infuse. And I don’t miss a day because it’s ingrained in me that this is what I’m going to do. The same is true for high blood pressure medication [or any other medication]. That discipline is there.”Â

Data on people aging with hemophilia are just startingÂ to emerge and aren’t yet definitive. There are the hemophilia-related conditions that Liedl described as well as an increased rate of osteoporosis or osteopenia among men with hemophilia compared to men their age without hemophilia.
But there are a number of ways that having hemophilia requires different care. For instance, routine screening for colorectal cancer through a colonoscopy or a sigmoidoscopy are low risk for bleeds, but the removal of colorectal polyps to prevent colon cancer is not. Endoscopy to assist with cancer staging in the gastrointestinal tract isn’t high risk, but doing the same procedure with the addition of a biopsy with a fine needle is. The list goes on.
As a result, the National Hemophilia Foundation’s Medical and Scientific Advisory Council, known as MASAC, recommends changes in how someone doses prophylaxis factor and other hemophilia treatments on the days before, on the day of and sometimes for a week after treatment. And the risks of breakthrough bleeds increase the older a person gets, according to the guidelines.
All of this calls for collaboration between hemophilia treatment centers (HTC) and treatment teams, said Joan Osip, RN, NP, a former HTC nurse in the Minneapolis area. And it’s why one of the first things Osip used to tell her clients who were older was that they couldn’t depend only on their HTC for all their care anymore.
“As you get older, you need primary care,” Osip said. “If your blood pressure is increasing or you need to start on cholesterol meds, that routine maintenance is probably better for primary care.”
While some HTCs also offer primary care, most HTCs, she said, are set up only to manage hemophilia. And smaller ones may not have the staff to add primary care or ongoing management of non-hemophilia conditions. Just like the men they care for, HTCs have to adapt to aging needs, too.
“Nurses have to be trained in primary care,” Osip said. “HTC nurses are used to managing bleeding and clotting disorders; primary care is a little bit different.” 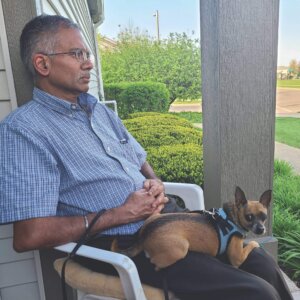