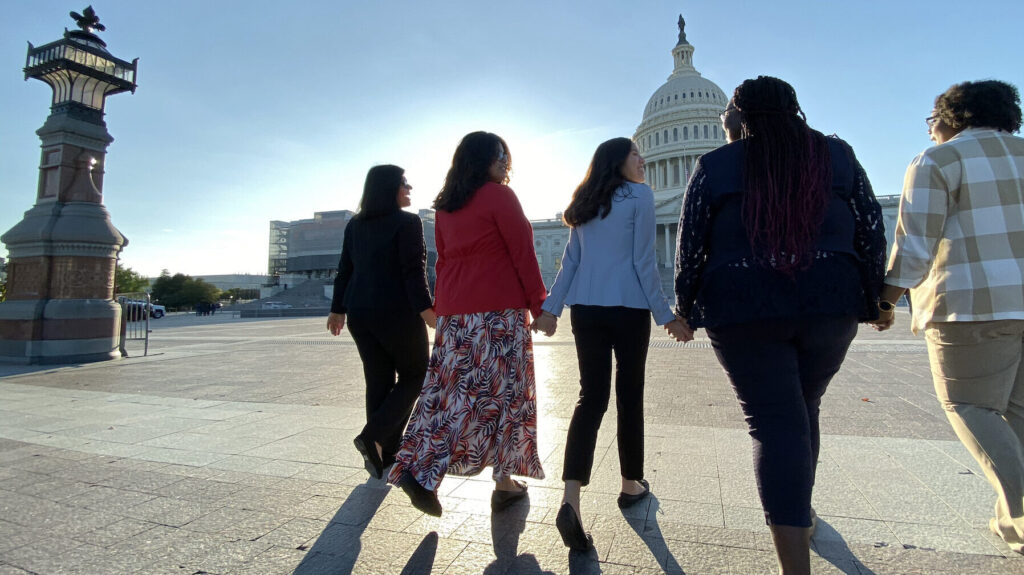 Inherited bleeding disorders, such as hemophilia and von Willebrand disease (vWD), have long been under-recognized as causes for bleeding in females. Part of the problem with this under recognition has been the lack of opportunities for female engagement in research related these bleeding disorders.

Inherited bleeding disorders, such as hemophilia and von Willebrand disease, have long been under-recognized as causes for bleeding in females. Part of the problem with this under recognition has been the lack of opportunities for female engagement in research related these bleeding disorders.

Through a Patient-Centered Outcomes Research Institute (PCORI) Eugene Washington engagement award, the PRIDE (Patient-centered Research for Innovation, Development, and Education, #4349-HFA) project, HFA identified several underserved groups related to engagement in research, including females. Females are defined as: patients with a diagnosis or undiagnosed symptomatic carrier, and/or caregiver of someone with a bleeding disorder.

Based on the results of the PRIDE project, HFA developed the FIRST project, or Females in Research Sharing and Translation (#14528-HFA). The goal of this project was to help facilitate and engage females to become integral members of the research process. Using a strategy known as peer modeling, which educates and strengthens the relationships between stakeholders, HFA identified a cohort of females from which focus groups were created. The main focus of these discussions was to identify facilitators and barriers to participation in research by females with bleeding disorders.

As HFA had anticipated, the key findings from these discussions confirmed that there is a lack of inclusion of woman in any research related to bleeding disorders. Most women had either never been invited to participate in a clinical study, felt they weren’t eligible for studies, that there weren’t studies specifically for females with bleeding disorders or had conflicts around time constraints due to work and family obligations.

HFA, utilizing the results of the cohorts, then created a Community Based Research Network (CBRN), as part of the FIRST project. The CBRN was composed of four female patients, three hematologists, an OBGYN, and the leader of another bleeding disorder specific organization. CBRN met virtually each month to have open, honest conversations about the issues surrounding females with bleeding disorders. The group worked to create a research agenda with a patient-centered and female-centered focus to assist and aid in the inclusion of females in clinical research into the future.

Over the course of two years, the FIRST project achieved many accomplishments. The interest and involvement of females in the bleeding disorders community in a research-focused project was the main positive of FIRST. Females in the community were engaged, listened to and heard from in research focused specifically on them. Secondly, confirmation of the need for research in the field of females with bleeding disorders was confirmed. FIRST shows that data that could come from research of this sort would have a significant impact on the guidelines for clinical care for females with bleeding disorders. The research agenda created by the CBRN will be used as a roadmap for future clinical trials.