Oh February, the month of love for those who have someone, or the month of single awareness for those who don’t.Â  I fall into the single category. I’ve been reevaluating some things as to why I am single; reviewing the lessons I’ve learned of being a single mom of a child with hemophilia.
I’m 45 years old.Â  If I’m lucky to be 90, that means I am already half way through my life.Â  I was married for thirteen years, but things don’t always happen the way you hope.Â  When I rejoined the dating world, my biggest fear was how I was going to find someone that would accept my child and all he has going on with his health.Â  The truth is — it is difficult.
Honestly, the bleeding disorders community is really tight knit.Â  It’s sometimes hard for an outsider or someone with no previous knowledge to come in to this community and accept all the closeness that we as families share.Â  I have an extended family now.Â  I have many blood brothers and sisters that are all very protective and understanding.Â  I have many people that just “get it” and understand without judgment.
Over the years, I’ve seen people who have not been around hemophilia sometimes have a harder time understanding or accepting things.Â  For instance, the main lesson I have learned since being in the dating world is the difference in how I have raised my son.
As a mom, I have and still on occasion feel guilt for giving hemophilia to my son, and watching him at times really struggle or have pain. When he was smaller, I would take him to the toy store and let him pick out whatever he wanted after several needle sticks or time spent in the hospital. I know I’m not the only parent that has done this. It also didn’t help that I have just one child.Â  My one child happens to have a number of issues, including severe hemophilia A, Asperger’s (high functioning autism), Growth Hormone Deficiency, a white blood cell disorder, and degenerative bone disease.Â  So, he had a lot of bad days growing up and a lot of challenges.
Neither my ex-husband nor I, were as hard on him as we should have been with basic discipline.Â  We let a lot slide and justified it to having a bad day with his health.Â  We were also confused and worried about proper punis
hment.Â  We grew up being spanked.Â  That isn’t the way things go in today’s world.Â  However, our treatment center nurse told us a joke, ” If we treat, then beat if he gets too out of hand!” But we took the easy way out and he became pretty spoiled.Â  It wasn’t necessarily intentional, but it happened.Â  Micah ruled the roost and he knew it. 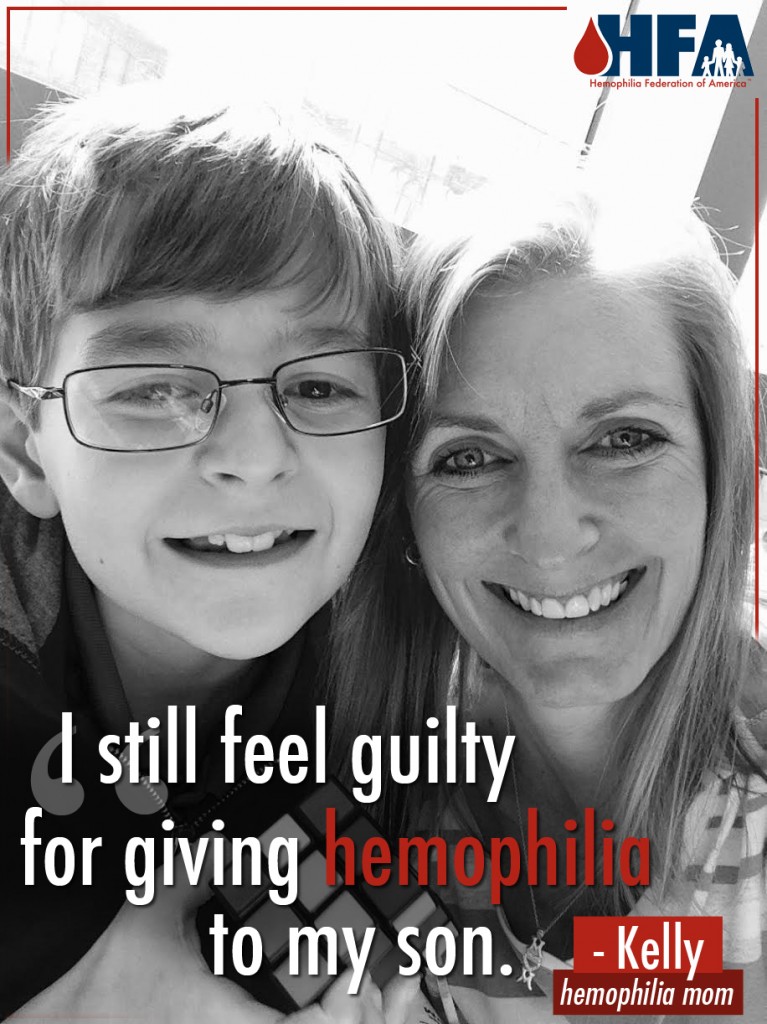 The older Micah got, the more of a sense of entitlement he had.Â  He expected a reward when things with his health went bad or even when he was behaving bad, because he learned we would just give in.Â  We had taught him to expect this, which wasn’t a good thing.
In hindsight, if I could do it all over again, I would.Â  I wouldn’t teach him that just because you’ve had a bad day, you get rewarded all the time.Â  That isn’t reality.Â  There are many bad days in life.Â  I was setting my son and I up for disappointment and this was not the real world.Â  The real world isn’t going to care if you’ve had a bad day or had to get stuck in your vein nine times.
As I started dating again at this stage in my life, you become more aware of the differences in parenting styles.Â  You see the differences in discipline, kids being spoiled, and sense of entitlement.Â  I realized a lot of the mistakes I have made.Â  I was, at times, hindering Micah instead of making it easier on him in the long run.
It’s been a battle to try and reverse.Â  I have tried many things to help him realize that we (his parents) made some mistakes along the way because he didn’t come with an instruction book on how to handle him.Â  I have always been up front with Micah.Â  I tried my best to remind him that he has had a rough life and difficult times but it’s not normal to get something all of the time.Â  He had way to much stuff.Â  He was spoiled rotten.Â  I mean rotten.Â  I was having a lot of behavior problems with him when I became single and part of it was because of lack of discipline.
He has improved over the years but it was a very slow process. Â At age 11, I ended up taking him to a therapist.Â  She reminded me that I had a very small window to get this sense of entitlement under control and that I should be in charge of my own house, not Micah.Â  While I had felt like I was improving, I still had a long way to go.Â  Micah was getting older and mouthier.Â  While he had accepted that he wasn’t getting toys all the time, he was very disrespectful when he didn’t get his way or he had a bad day.Â  He just didn’t understand why I was trying so hard to enforce rules when I haven’t tried that hard before.
He is now 13.Â  We have learned to cope with the bad days. The issues now are truly the challenges of being a kid that realistically speaking is going to have to work a little harder than most kids during the wonderful stages of puberty.
There should still be consequences for bad decisions and behaviors even if hemophilia has reared its ugly head that day.Â  Do yourself and your child a favor by still being firm as you would be with any other child.Â  In relationships, no matter how much you love each other or have things in common, in the end, your child is your responsibility.Â  Discipline is one of many important issues.Â  Be conscious of the choices that you are making and how they can actually hinder your child and your family life, versus helping them.Â  I’m a perfect example of that.
Kelly lives in Mississippi with her son, Micah, 13.
_____________________________________________________________________________________
*Note: “Infusing Love: A Mom’s View,” is a blog collection of personal opinions and a representation of individuals experiences. While extensive efforts are made to ensure accuracy of the content, the blog entries do not represent HFA or its Board of Directors. The blog is also not intended to be construed as medical advice or the official opinion/position of HFA, its staff, or its Board of Directors. Readers are strongly encouraged to discuss their own medical treatment with their healthcare providers