Infusing Love: Talk With Your Children

Disclaimer: At HFA, we value all opinions. This blog only reflects the opinion and experiences of the individual mother/writer. We encourage you to talk with your children about a school safety plan, and have provided a resource at the end of this blog entry.
________________________________________
Around 11 a.m. on April 20, 1999, in Littleton, Colorado, my co-workers and I had just wrapped up a staff meeting and decided to head to lunch. Everyone took their own cars as most of the team worked at different facilities across our organization. As we drove to the restaurant, a stream of police cars went screaming by, heading opposite us. My co-workers and I wondered what was going on, but went inside and began ordering food. I distinctly remember ordering a chicken parmigiana sandwich.
Shortly after our food arrived, everyone’s clunky, late ’90s, flip phones began ringing. Across the restaurant, people gasped and their faces turned ashen: There was an active shooting a Columbine High School…just miles from where we were. That’s where all the cops were going. Our parks department had a large park that backed up to the school’s property and our maintenance guys were shepherding escaping and wounded students into our sheds. Our team, which was responsible for before and after school childcare at neighboring elementary schools, blindly paid for our lunch and drove back to work to figure out how we were going to take care of the kids.
I was the Teen Coordinator for the parks and recreation department. I had only been with the organization for about a month when the shooting happened. I primarily worked with middle school aged kids, but I did have six high school kids who worked for me part-time as mentors. One went to Columbine. I was immediately concerned for her.
Back at the office, we crowded around a television and watched the horror unfold. When I drove home that evening, I sobbed for the students and teacher lost that day. I cried for their parents, their siblings, and the local community. In the days and months after Columbine, it was hard to drive by the school, or even the park that became a gathering place, covered in a snowy blanket of flowers and memorial posters. While I didn’t know any of the victims personally (the student who worked for me escaped physically unharmed) and I wasn’t a parent then, Columbine had a big impact on me. 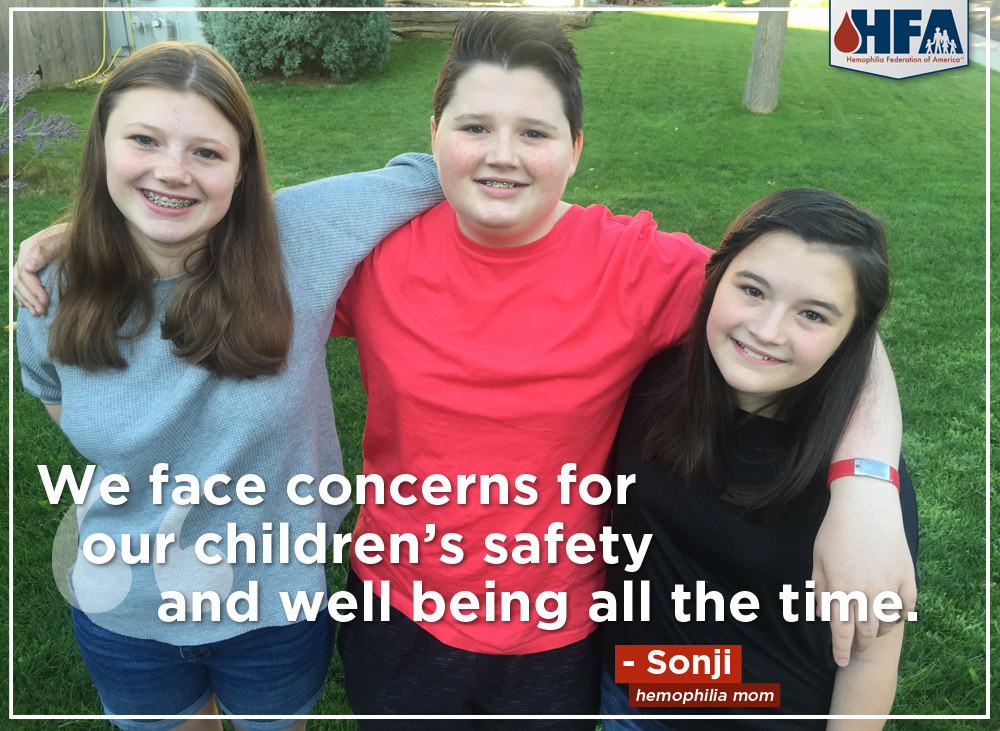 The shooting at a Sandy Hook Elementary School on Dec. 14, 2012, is a day I’ll never forget either. My daughter, Natalie, was a first grader at the time, the same age as many of the victims. I questioned the systems in place at our school then and wondered how on earth I would ever feel safe sending my kids to school again. The shock, horrors, and sadness that I felt with Columbine were amplified a million times over because now it was MY babies that were in those school halls.
The recent shooting at Stoneman Douglas High School brought all those fears to the surface again as now two of my three children are in high school. When we got a phone call one evening this past week from the principal that the school had been made aware of a threat mentioning the next school day, I am certain my heart actually skipped a beat. My immediate reaction was, “Nope. Nope. Nope. Everyone stays home tomorrow.” Once I settled down, my husband and I talked through it with our children and asked them if they felt comfortable going to school the next day. Ultimately, we, along with about 50 percent of other families at the school, decided to let our kids stay home. By the end of that missed school day, we got notification from the school that police investigation was progressing and I felt somewhat more at ease.
As parents of children with bleeding disorders, we face concerns for our children’s safety and well being all the time. The fear of the unknown is incredibly powerful. So far, the best solution I’ve found to combat that fear is having deep, detailed, and intense conversations with my children about what they are seeing, thinking, and feeling. It’s incredibly difficult to have these conversations, but one resource I found to be helpful was from National Association of School Psychologists – Talking to Children about Violence: Tips for Parents and Teachers.
I also find myself giving my kids long, hard hugs and kisses that probably last a little too long for their taste and maybe leave a bruise or two. I hope those things help them feel a bit better…it’s helping me little by little each day.
________________________________________
Sonji lives with her husband, Nathan, and three children Nora, Thomas and Natalie, in Colorado.
*Note: “Infusing Love: A Mom’s View,” is a blog collection of personal opinions and a representation of individuals experiences. While extensive efforts are made to ensure accuracy of the content, the blog entries do not represent HFA or its Board of Directors. The blog is not intended to be construed as medical advice or the official opinion/position of HFA, its staff, or its Board of Directors. Readers are strongly encouraged to discuss their own medical treatment with their healthcare providers.