Infusing Love: Too Long to Wait

Our insurance provider changed at the beginning of this year.* We knew there would likely be some new hoops and apprehensively were preparing in the months prior to Jan. 1.Â  Thinking I was a savvy bleeding disorders mom getting ahead of a game, I knew this may require some extra work. So first thing on Monday, Jan. 4, I reached out to our long-term specialty pharmacy to order my son, Benny’s, first factor of the year. Oddly, I didn’t hear back right away from them like usual.Â  When I reached out again, I got a, “We’re still working on it” response. Â I though, “That’s weird but, okay.”
At the end of week two I heard back from the pharmacy. They were unable to get an exception to be an in-network provider and told me that we would need to get Benny’s factor from the insurance company’s contracted pharmacy. We discussed challenging this further but Benny was starting to get a bit low on factor now and, as luck would have it, in the cold and slippery ice of January in Wisconsin, Benny had a bleed.
Flash forward to Jan. 18. I blocked off some time because I knew this first call would take a while, so after taking a big breath I dialed the new specialty pharmacy’s number. After three automated voice prompt transfers I spoke to a live person. I was very clear that my son had hemophilia and I’d specifically like to be transferred to their specialty pharmacy group that works with hemophilia and other bleeding disorders. I was transferred again and again after many additional vetting questions that had little or nothing to do with Benny’s bleeding disorder, and then was transferred yet again to a third live person.
Based on where we live, we were assigned a customer service representative. Unfortunately, that person was not in the office that day, but I was assured the pre-authorization process would begin immediately and that representative would call me back. It was Monday and, at that point, it seemed reasonable that Ben would have a factor delivery by Friday. However, no call back the next day or the day after. I called again. (Quick spot of advice: always ask for two 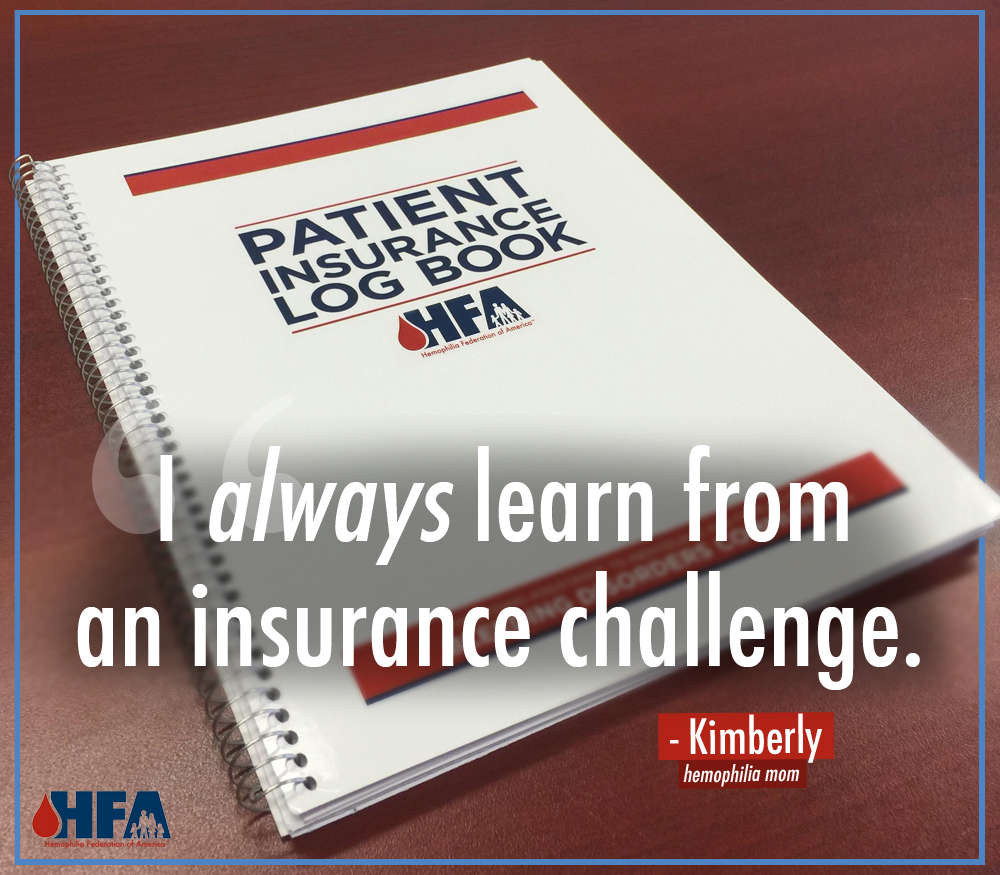 direct numbers. One to the department you need and one to the direct person.) The representative assigned to us wasn’t in again but the pharmacy assured me that the pre-authorization** was underway. I gave them my credit card for the co-pay and address for shipping.Â  We were all set to get factor and they were to call me back when the pre-authorization came through so we could nail down the delivery date. Benny’s bleed wasn’t resolving well and we really did need factor inventory at this point.
On the Friday that we expected factor to be delivered, I contacted the pharmacy again to confirm the shipment. We had still not heard from the customer service representative we were assigned to, although the person I spoke with was very helpful and apologetic.Â  She indicated that someone clearly had, “dropped the ball and would be getting an earful, but the pre-authorization was not completed yet.” Admittedly, frustration got the better of me and I sarcastically offered to help give someone that “earful” if she’d like help!
It was now Monday, Jan. 25. We received several phone calls and about ten emails confirming various bits and pieces in the next few days. Factor arrived on Jan. 29,Â 25 days after starting this process. Whew! Round one completed and we are calling it a win because we got Benny’s factor! Â Â The good news is that we have insurance and we are able to get factor! The frustrating news is that it took 25 days for the first shipment to arrive in 2016. That is a long time.
Ironically, we received a notice of action in mid-February Â that the prior authorization for Benny’s factor is now approved until Dec. 21, 2039. Really?Â That is 23 years from now. Benny will be a 36-year-old man, hopefully working somewhere with other insurance, but I’m keeping that letter! I scanned it too. I suspect I may just get some use out of it.
I always learn something during these insurance challenges. Lessons re-learned this year include:

All bleeding disorders families have probably experienced a version like my family, and some may have not even realized it.Â  Some specialty pharmacies, hemophilia treatment center pharmacies, and pharmacy benefit managers that work with families with bleeding disorders help to take on some of the burden to finding ways to help us get the therapies we need.
HFA has a project currently called Project CALLS – Creating Alternatives to Limiting and Lacking Services.Â  This project documents instances like the one above and tracks them across the country.Â  It supports advocacy efforts to challenge payors, providers, etc. of needed change to the system to better work with people with bleeding disorders. HFA will also send you a customized notebook to track your issues.
Please tell your own story on CALLS. Â I did!Â  Together we can gather the case studies needed to push for change!
*Please note that the purpose in choosing this topic is to share the reality we live in and the need to be a tenacious self-advocate.Â  It is not to be critical of any particular insurance or pharmacy but to illustrate that despite likely good intentions, processes doesn’t always work and we need to push, pull and drag if needed to get our kids what they need. Here’s my recent story.
**(Pre-authorization means the insurance company requires a healthcare provider to obtain permission from the insurance company before they can prescribing and dispense a therapy.)
Kimberly lives in Wisconsin with her husband, Howard, and boys Ben (13) and Johnny (11).
________________________________________
*Note: “Infusing Love: A Mom’s View,” is a blog collection of personal opinions and a representation of individuals experiences. While extensive efforts are made to ensure accuracy of the content, the blog entries do not represent HFA or its Board of Directors. The blog is also not intended to be construed as medical advice or the official opinion/position of HFA, its staff, or its Board of Directors. Readers are strongly encouraged to discuss their own medical treatment with their healthcare providers