Members of the bleeding disorders community gathered virtually in September for the HFA Young Adult Advocacy Summit. Here, two first-time participants share their stories and explain why they wanted to get more involved with advocacy efforts.Â
RodrÃ­guez-Rivera,Â BayamÃ³n, Puerto Rico
In September, I attended the Hemophilia Federation of America (HFA) virtual Young Adult Advocacy Summit. I was part of a group of young adults who wanted to become better advocates for themselves and for the bleeding disorders community. For me, advocating is much more than just telling my own story; it’s about the story of the bleeding disorders patients of Puerto Rico, where I’m from.Â

I was diagnosed with a bleeding disorder when I was a baby in Puerto Rico. In the hospital, my doctor ordered various bleeding disorders tests after my IV line exploded, and my blood blasted all the way to the ceiling. After my diagnosis, my parents had to face the reality of having a son with von Willebrand disease (VWD). Throughout my childhood, I didn’t experience spontaneous bleeding episodes. I only thought about VWD once, when I had dental surgery around age 14. I wasn’t visiting a hematologist, nor getting proper care. I became a young adult who basically knew nothing about his own diagnosis.Â
Luckily for me, in 2017 I discovered our bleeding disorders association, AsociaciÃ³n PuertorriqueÃ±a de Hemofila y Condiciones de Sangrado (APH). Even though I didn’t know much at that point about bleeding disorders, I became a volunteer with APH. Through that, I learned I was not properly educated and I was not taking care of my bleeding disorder. I was being irresponsible with my health, and I was determined to change that.
Through APH, I connected with other bleeding disorders patients on the island, and we shared our stories with each other. I realized I was so lucky throughout my childhood. Their stories were worse than mine. I could not understand how a young man my age could already have a knee replacement. I could not understand how another patient had to spend two weeks waiting for the medication for her bleeding disorder. I could not understand why our health system in Puerto Rico was so inefficient. On top of that, we faced hurricanes and earthquakes, which made everything worse. I knew I had to do something and raise my voice to help patients like us.
By advocating, I can help bring to light the tough reality of our bleeding disorders community in Puerto Rico. While advocating, I like to share my story, but I tell other patients’ stories as well. They are often more impactful, and I need to use my voice for those who cannot use theirs. I believe advocating is not a selfish act; it’s an act of love and compassion to all the patients.
By participating in the HFA Young Adult Advocacy Summit, I gained new tools and skills to be a better advocate. But more than that, I refreshed my inspiration. I realized advocating is not just something we can do; it’s something we all should do. It is our duty to share our stories in every possible scenario. We as a community know what we are capable of and what we need; we have to advocate and the change will be made.
Tori Robbins,Â Manahawkin, New Jersey
At a young age I was tested and diagnosed with mild von Willebrand disease (VWD) Type I after a family member nearly bled to death. Growing up, I did not have restrictions on playing sports or activities, but I did experience frequent nosebleeds. I knew if I had a serious injury or surgery that I needed treatment, which meant a trip to the hospital and fluid restrictions. 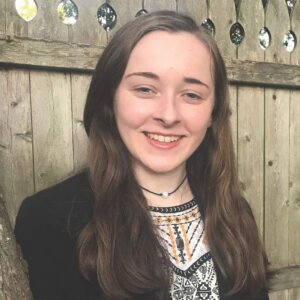 However, I can count on my fingers the number of times I have needed treatment-something many people in the bleeding disorders community cannot do. My family started attending events held by the Eastern Pennsylvania Bleeding Disorders Foundation to learn about the condition. VWD has always been a part of my story. It is something I have tried to educate others about, including friends and medical professionals, as most people are not familiar with VWD.
I am currently a senior political science student with a concentration in international affairs and minors in public health and environmental studies at Stockton University in Galloway, New Jersey. Additionally, I am in the process of adding a second degree in communications with a concentration in media production. After graduation, I hope to pursue a career in advocacy and education on issues related to these fields, especially using film and photography.Â
I was excited to be a part of the HFA Young Adult Advocacy Summit in September to learn about issues affecting the bleeding disorders community and to practice advocacy for the first time in a safe and supportive environment.
Throughout my education, I have focused on the overlap of environmental, public health and human rights issues, predominantly on an international level. I had little experience or knowledge in the subjects of health insurance and legislation at the federal or state level. Through the Summit, I learned about these topics, how they relate to my bleeding disorder, the shortcomings of our health industry and how to make a difference. I was shocked to hear stories from other participants about how limitations and loopholes from health insurance impacted their ability to receive medication or the astronomical costs they were forced to pay. One such loophole was lifetime caps.Â
After attending the Summit, meeting with the staff of congressional representatives and having the guidance of experienced advocates, I feel better equipped to advocate in the future. It was inspiring to hear how others have generated positive change through their advocacy efforts.Â
Meeting with legislative staff, discussing the issues impacting the bleeding disorders community and witnessing their openness and positive response to legislation that will help people with serious, expensive conditions made me feel like I was making a difference. This Summit confirmed that advocacy is something I want to pursue, not only after graduation but now. I feel better prepared to pursue this kind of work after gaining valuable insight and knowledge.
The Summit was an incredible opportunity to connect with more amazing people in the bleeding disorders community and learn about issues that impact me and the people I care about and, most importantly, how to fix them.