A Caregiver's Perspective: My Life As I Know It 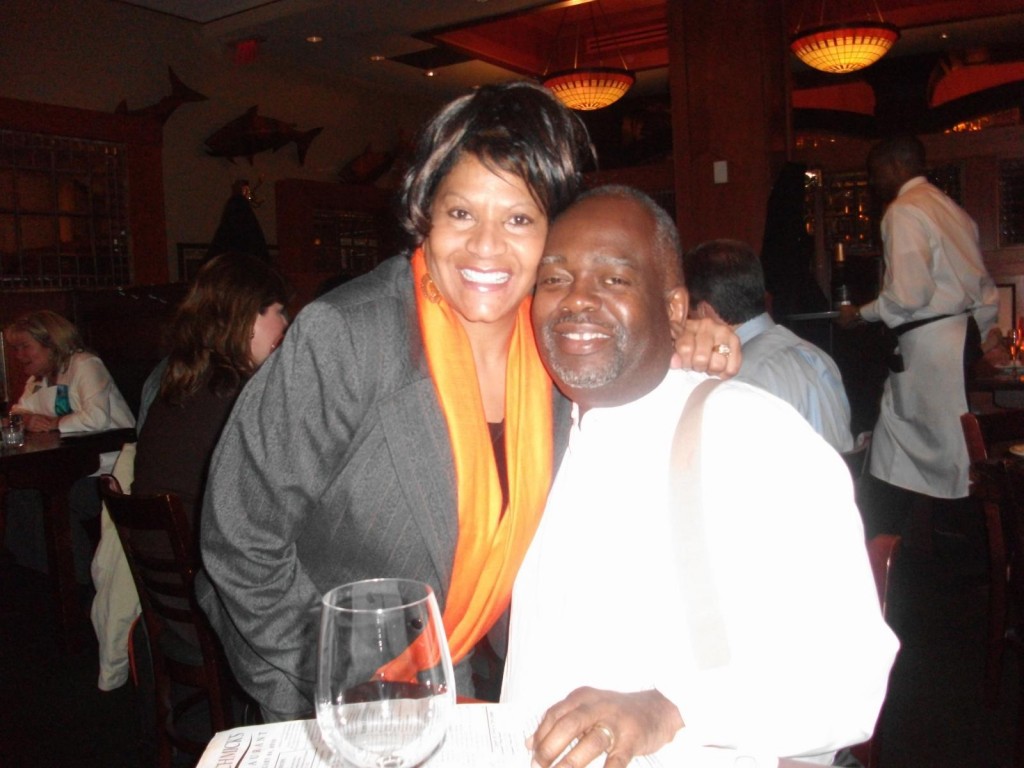 My husband has a bleeding disorder called hemophilia. Prior to beginning a relationship with him, I did not have an understanding of hemophilia and the intrusive nature it can have on someone’s life and marriage. My minuscule understanding of hemophilia only consisted of someone “bleeding a lot” if they had an open wound. It was explained to me that a hemophiliac may bleed a little longer than normal and may need to take medicine to stop it.
I was curious about the limp Warren had (or, as he calls it, his “swagger”) when he walked. He shared information with me about the unseen debilitation and physical damage that someone with hemophilia could experience, depending on the severity of his or her disorder. The effects of hemophilia could include disability in the joints-ankles, elbows, shoulders, knees, and hips. Warren was extremely open and very comfortable in sharing that in 1986, he had undergone a bar lateral hip replacement due to bleeding. Because of that surgery, his hips are not quite level, hence, he has a swagger.
Later that night, during a phone conversation we were having, Warren shared more information about the complications of hemophilia because of tainted blood products. While he was very specific and detailed in the account of his story, I noticed for the first time a heaviness and sadness in the tone of his voice. As I carefully listened, not asking one single question or interrupting him, I knew that what he was sharing the trajectory of his life. This pain was not only physical, but also extremely mental and emotional. There was silence on the phone, and I realized that he was waiting for my response. I said cheerfully, “Well we’re friends-let’s see where this friendship takes us.” Those were my words, but my heart thought that it was hopeless to continue. 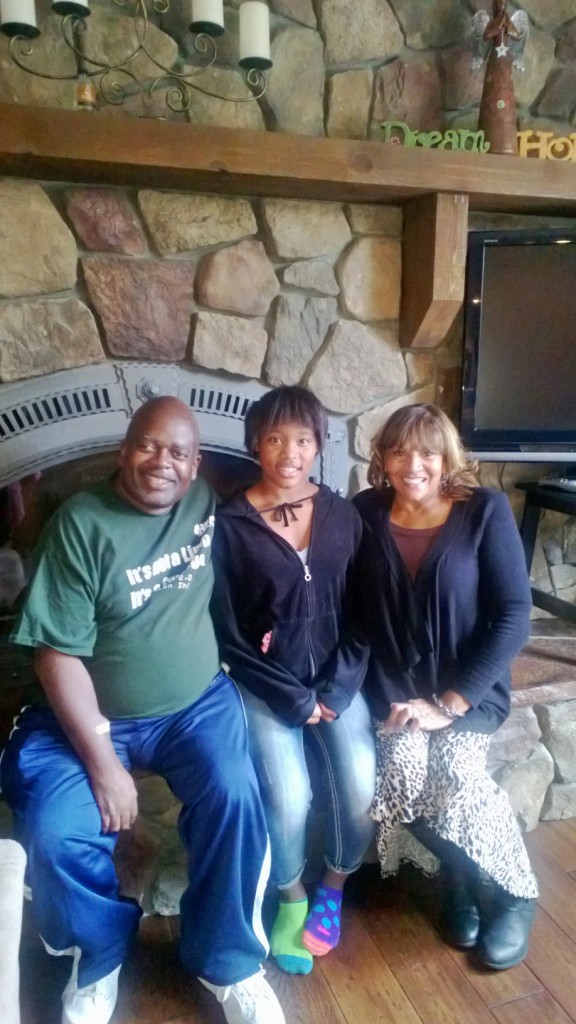 To fast-forward, Warren began taking me to doctor visits with him and the doctors were very kind to discuss various situations and discoveries with me. I became less anxious and more interested to learn more. Soon, I would take trips to Washington D.C. and meet the spouses of his friends who would tell their stories and share what was working for them. Warren and I eventually got married, and every day we pray for continued better health.
After lengthy conversations with and visits with my husband to his hematologist, I had knowledge about what hemophilia was. But, it was not until my life began as a wife, caregiver, and cheerleader fifteen years ago, that I really did grow to understand it. Although at times I desired just a “normal” day, I discovered early on that I had to adjust to a new normal. For example, several of the traditional husband and wife duties were divided up differently in our household. Chores such as yard work, car maintenance, and caring for our girls, were shared and became a different situation for us compared to most. As a child, my husband’s father would take him for all of his doctor appointments. So scheduling checkups and dental appointments for our girls was not only comfortable for Warren, but also enjoyable.
Since being married to Warren, my life has taken on a richness that I cannot really put into words, but that I have been able to show through my actions; in particular, with my involvement in the bleeding disorders community. Educating and sharing with those who may have an undiagnosed bleeding disorder, along with sharing with other spouses at rap sessions about the importance of self-care and open communication with one’s spouse is powerful and inspires me every time I do it.
________________________________________________
The bleeding disorders community is made up of dedicated caregivers. Moms, dads, grandparents, and partners/spouses play a crucial, supportive role in their loved one’s well-being. However, caregivers can often feel stressed, overwhelmed, and burnt out. Therefore, it is important for caregivers to remember to take time just for them. Caregivers often feel guilty or selfish for paying attention to their own needs. But, despite these common feelings, making a little time for yourself each day can go a long way in managing stress-which will better equip you to take care of yourself and others. Here are some quick tips to practicing self-care:

â€¢ Move your body. Take a walk, stretch, run, dance, practice yoga, play a sport. Do whatever you enjoy doing to get your body moving.
â€¢ Learn to say ‘no.’ If adding something else to your already busy plate is going to induce more stress, learn that it is okay to say “no.” You’re only one person, you can’t do everything.
â€¢ Eat well. Caregivers are often so focused on making sure everyone else is fed and eating nutritiously that they often forget about themselves. Eat a balanced meal and take time to enjoy eating rather than gobbling it down between tasks.
â€¢ Prioritize ‘me time.’ Take a little time for yourself each day. Read a book, meditate, or engage in a prayer or spiritual practice (if that comforts you), write in a journal, or listen to music. Even if you only have 5 minutes per day to spare, do something just for you.
â€¢ Forgive yourself. When things don’t go as expected, we often place blame on ourselves. Take a moment to acknowledge these feelings, but then release them. Nobody is perfect.
â€¢ Remind yourself of the positive. Take some time each day to remember the positives in your life, such as family, friends, or whatever else makes you feel happy.
â€¢ Ask for help. Talk to trusted family members and friends when you need help or just need someone to listen to you. Do not feel shameful if you think you might need to talk with a professional, like a psychologist or a social worker. Taking care of your mental health is just as important as going to the doctor for your physical health.