“Mom, can I have a Cool Tools Tow Truck?”
This was the question Max asked me when he was 4 years old and Cool Tools were THE gift of the year.
Like so many of us, I had good intentions, but work, bleeds, motherhood, more bleeds, and life kept me super busy. As Christmas approached I realized I hadn’t even looked for the coveted toy. So off I went to the store, only to find that every other mom, dad, uncle, aunt, and every other person on the planet were also looking for the same toy.
What was I to do? This was before most people had even heard of the Internet — there certainly wasn’t e-Bay or Amazon. After driving to several other towns and cities, I realized there would be no Cool Tools Tow Truck for Christmas.
As any other good guilty parent would do, I did the next best thing and got the Cool Tools Work Bench. It had all the right tools and even a couple of drill-like things that worked. The bench itself made saw noises. I wrapped it with care and saved it for the last present for the grand unwrapping chaos of Christmas morning. Max opened it with anticipation and after a pause gave me a big hug and thanked me for the really cool gift. With a big sigh, I declared to myself, “Success!” Life went on. He went to preschool where we learned the hazards of just being in a room full of kids at play. We found out that those big balls with handles that you sit on to bounce around can cause some pretty scary bleeds in places boys don’t want to have bleeds. We went to his spring clinic, and tested for an inhibitor, finding out that Max has a short half-life. All the things that were pretty “normal” for us. Things were fine. 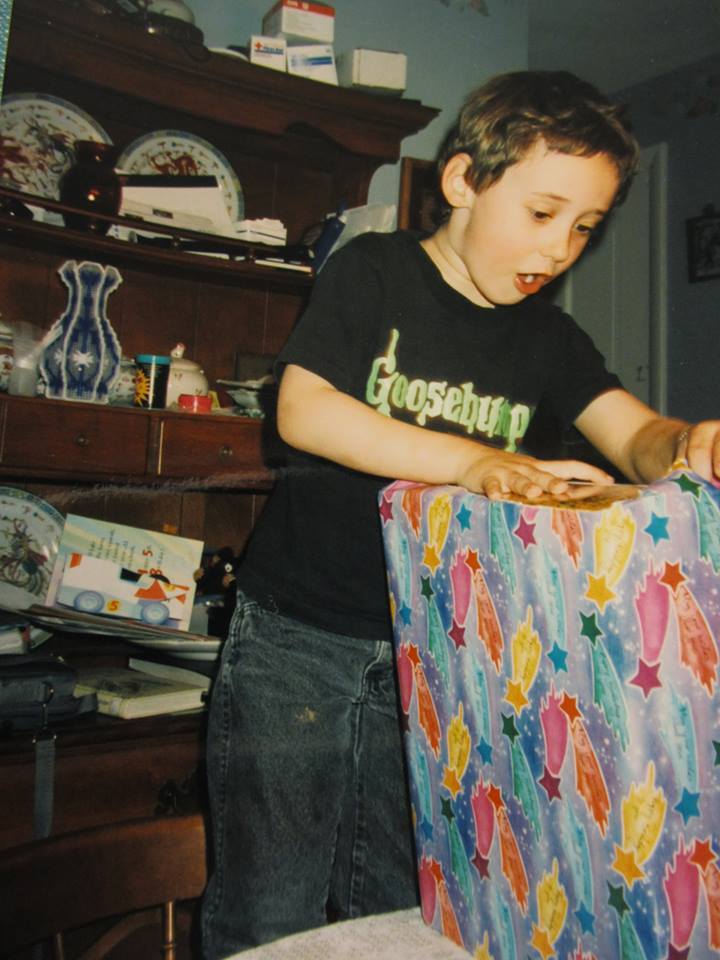 Until…
One day in April we were holding hands and walking down the road when Max said, “Mom, do you think if I’m good, I could have the Cool Tools Tow Truck for my birthday next month?” Â Ouch.
Although I had moved on, Max had not. Four months after Christmas he subtly reminded me of the “tow truck incident”. You can guess what I did about five minutes after he was in bed that night – rushed straight to the toy store. And sitting there on a shelf, like a symbol of good parent gifting, was the Cool Tools Tow Truck. It even came with a working jack and had a lug wrench to take tires off!
The birthday prize to beat all others — a happy 5 year-old and a relieved mom.
But here’s the thing: we ended up giving many of those virtually unused “must have” toys and presents away as he grew up. Like most children, he became tired of playing with them and moved on to something new.
One of the biggest lessons I have learned from Max wasn’t that I find the perfect material gifts for him for birthdays and holidays. Even though we both didn’t realize it at the time, the best gifts I gave him were when he called me at work and I dropped everything to take him to the ER or to treat him. Or when he woke me up in the middle of the night because he didn’t want to tell me he had a bleed before bed. The gifts of pushing and harassing him to treat even when he didn’t want to, or allowing him at age 12 to go into his HTC visits alone to teach about the importance of being an advocate for his own care, or when I would encourage him to order his own factor and supplies when he was 15. Even when I let him pack for himself and he inevitability forget things for an infusion and suffered the consequences when traveling where the best and biggest gifts I have ever given him.
I couldn’t wrap independence up in a box. I couldn’t put a bow on it. And there was no way to make it seem like a gift at all, until now, when he’s living 2,000 miles away from me and I am practicing faith in his ability to take care of himself. And the best part about that gift is even though it was a long time coming, it’s a gift we both get to use. We both benefit from his independence and it will never get put in the give-away pile.
Maryann lives in New Hampshire and her 21 year old son, Max, has put his gift of independence to good use and is living away from Mom.