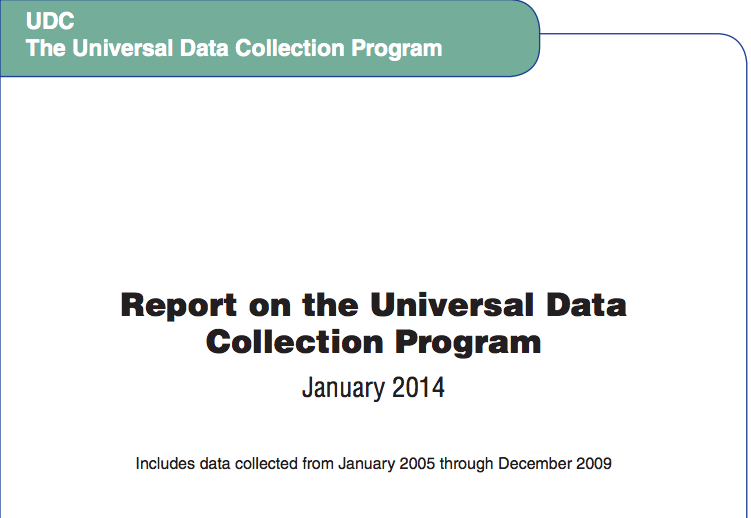 Report Highlights from the UDC Report

This surveillance report focuses on UDC data collected during years 2005 through 2009. A total of 44,239 visits were made during the five-year interval. Of these, 8,816 were new enrollments and the rest were follow-up visits. People receiving care at HTCs were encouraged to participate in UDC at each visit. When a person was approached to participate in UDC but declined, a record was made. Given the nature of these records it was not possible to make anÂ exact estimation of the refusal rate; however, the maximum and minimum refusal rates are estimated to be 25.3% and 6.3% respectively.

Read the UDC report in its entirety.