Hemophilia is Only a Handicap if You Let it Be

Below is an excerpt from our one-of-a-kind Dads’ book, Dads in Action: Real Stories from the Bleeding Disorders Community. This book is free to all dads who sign up for our Dads in Action program. 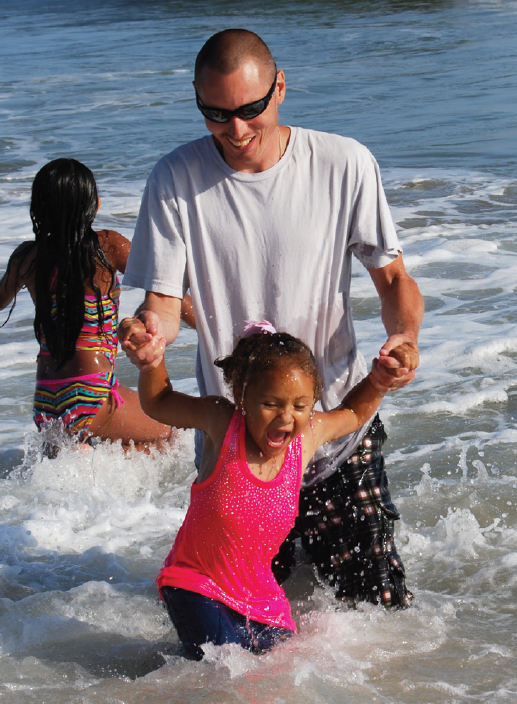 I am 38 years old. I live with severe Hemophilia A, but I don’t suffer from it. I have a beautiful wife of 10 years and a gorgeous little girl who is 4. I was diagnosed in infancy due to a family history and good doctors.

Growing up had its challenges, however, my mom set some limitations and Children’s Hospital of Columbus was my home away from home. I never let having hemophilia slow me down though, and I did not live in a bubble. The house I grew up in wasn’t covered with socket caps and rubber pads on the corners. I would run, jump, dive, roll, fight, and play sports. I tried hard to be just like any other kid.

I had lots of friends during my childhood and I cannot remember ever be shunned or treated differently because of my health. To say that it never affected me emotionally, though, would be a lie – I can remember many times asking when my knee was the size of a small cantaloupe because of a joint bleed, “Why do I have hemophilia?”

While I enjoyed going to summer camp as a kid, I never knew about other chapter events or community activities. By the age of 7, I had learned to infuse thanks to my older brother (who also has hemophilia). Since my mom suffered from alcoholism, I needed to learn to take care of myself. Self-infusing helped to cut down the number of times I went to hospital.

One day, when I was fourteen years old, I came home from school and my mom was sitting at the kitchen table drinking a beer and smoking a cigarette. She started talking all kinds of nonsense and I thought she was joking around. I then realized that something was seriously wrong and I called my stepdad, who told me to call an ambulance. Hours later, as I sat in the hospital waiting room with assorted family members, I heard a Code Blue called. Somehow, I knew it was her. My mom had died from cirrhosis of the liver – ultimately from alcohol.

My stepdad has been and remains a positive and regular presence in my life. I was given the choice about where to live after my mother died – either in Ohio with him or in California with my middle brother. My older sister was already out there and convinced my brother to come. Not wanting to abandon him, I told the court that I wanted to go to California, too.

Unfortunately, our sister was very unreliable, and it didn’t take long before we knew we couldn’t stay with her. Our oldest brother, who has hemophilia, was also out there, so we moved in with him. This ended up not being the solution we hoped for either. As our living situation continued to break down, I talked to my school counselors and was placed in foster care. 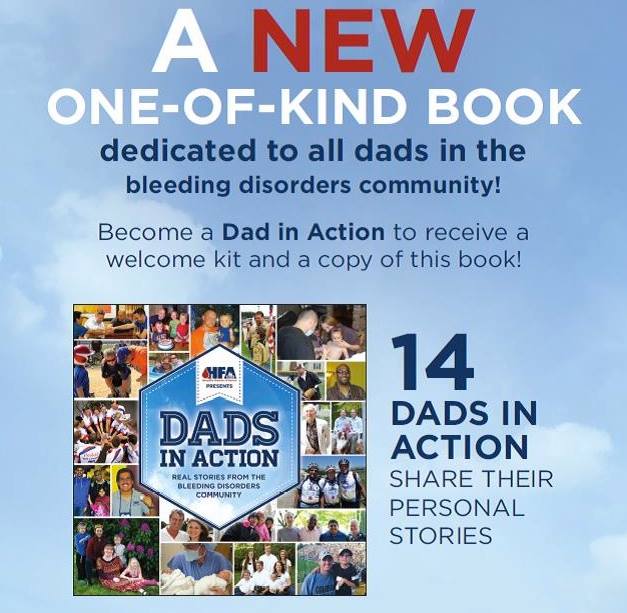 It was around this time that I found out I was a member of the 3-H Club (Hemophilia, HIV, and Hepatitis C): I had contracted HIV and Hepatitis C from contaminated blood products. This made foster care rough, being shuffled around to a couple different foster homes. I finally ended up in a group home for gay and lesbian youth. While not HIV positive themselves, my housemates were very accepting of me. Moving into the group home also opened the door for two other guys with hemophilia who needed a place to live. Unlike them, I refused to take my HIV meds, since the medications had so many side effects. I decided that I would rather feel good and die than feel lousy and live. At the time, HIV was a death sentence, so what difference would it make? Fortunately, unlike those guys, I am here today.

Many years later, my life today is fairly normal despite everything I have been through. I have an extraordinary wife and a little firecracker of a daughter – a beautiful gift that I never thought possible. She helps me infuse, and has been hitting veins since she was three years old!

God has truly blessed my life and continues to do so. I know how lucky I am to be here today, and I see that reflected in the men around me. Some of them may not have the best joints, but they are happier than guys I know without bleeding disorders!

I’ve also learned that hemophilia is only a handicap if you let it keep you down. I am grateful for the advancements in treatment, for all those who work in the hemophilia community, and for how close we all are. HFA’s Symposium in 2012 was my big introduction to our community – it really lit my fire.

When I look to the future as a dad with hemophilia who has a daughter that is a carrier, I am encouraged at the progress our community has made and continues to make. If I could give advice to other families, it would be to not treat your child any different from other kids. They are “normal.” We are “normal.” We can do the same things everyone else can – we just have a slightly different approach. #BLEEDON 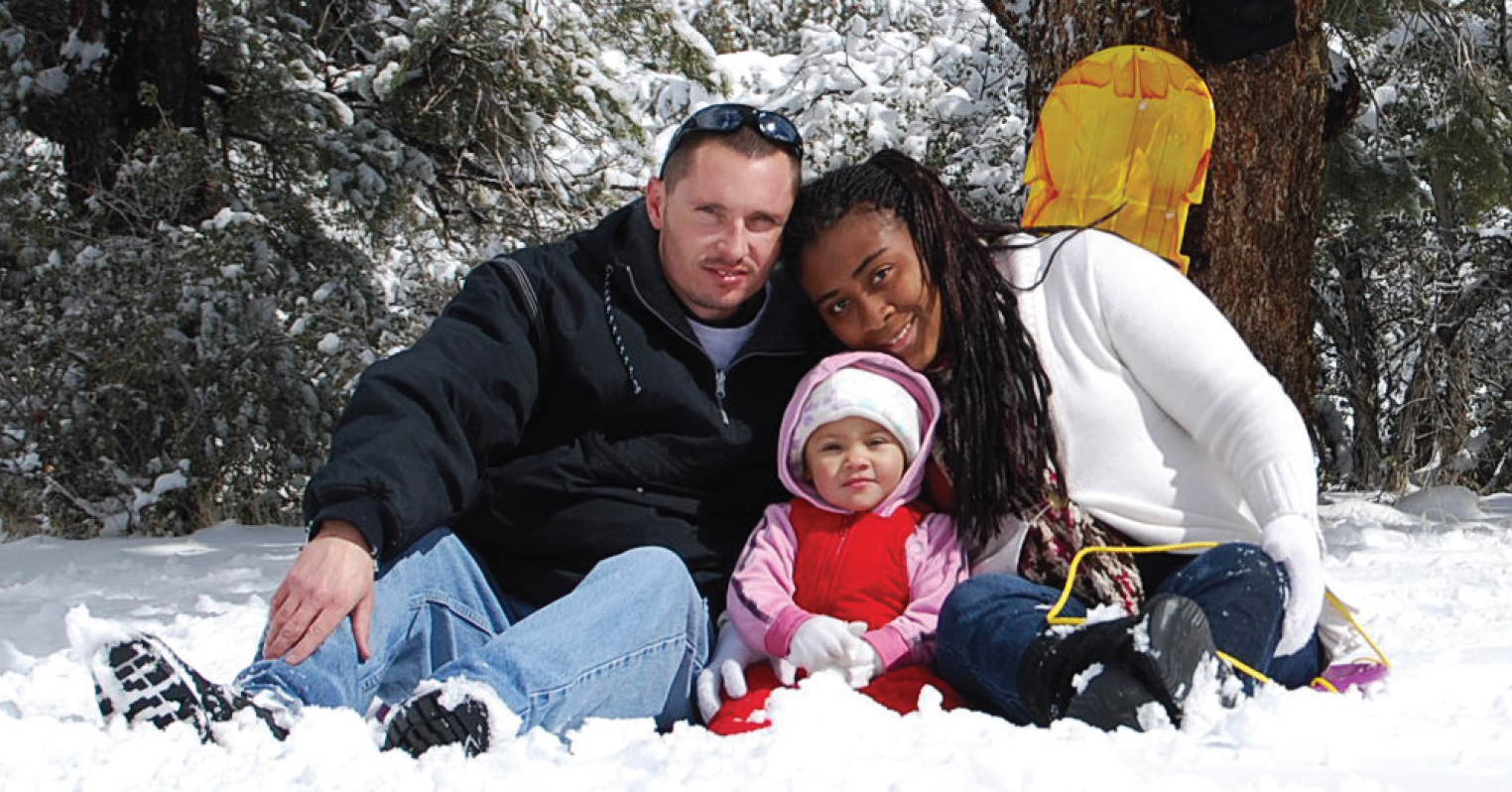