Community in Action: Beards for Bleeders 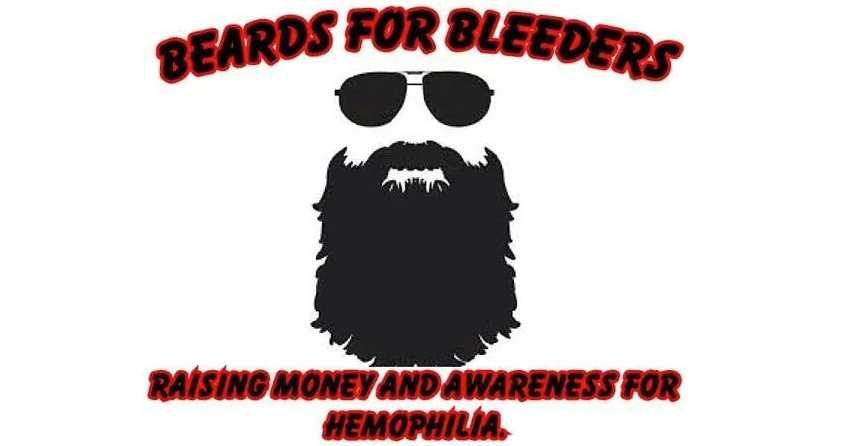 John Bruno is truly a Dad in Action. HFA recently asked John a few questions about his involvement in the community. John sets a great example for all of those affected by a bleeding disorder. “I’m just looking for a way to do my part in supporting this great community.”

Join John in his efforts by participating in Beards for Bleeders, or the Cherry Pie Challenge and consider choosing HFA as the benefactor – funds raised go directly back to support our programs and services for people living with a bleeding disorder.

HFA: What is your connection to the bleeding disorders community?

John Bruno: After my son Alexander was born two and half years ago, my wife Diane and I held presentations in our basement to teach our extended family about hemophilia – a new diagnosis for us. I was recently elected to the New England Hemophilia Association’s (NEHA) Board of Directors, and participated in HFA’s first regional Gears for Good bike ride in New Hampshire, in June. I currently work at Raytheon and own a martial arts school, teaching Taekwondo and Krav Maga. Diane and I live with our son, Alexander who is two, and our infant daughter, Annabelle, in Methuen, Mass. Alexander was diagnosed with an inhibitor as an infant and is doing fantastic; while also being a great big brother and spending time with his new sister.

HFA: How did you get involved in fundraising?

The idea for the Beard challenge was born when I noticed how long my cousin Steve’s beard had grown in a short six months. Steve, my father-in-law Joe, and I began making plans to raise money by having people sponsor them to grow out their beards for six months; we just needed a good excuse to grow one. When another cousin of mine joined in, I realized I might be on to something. 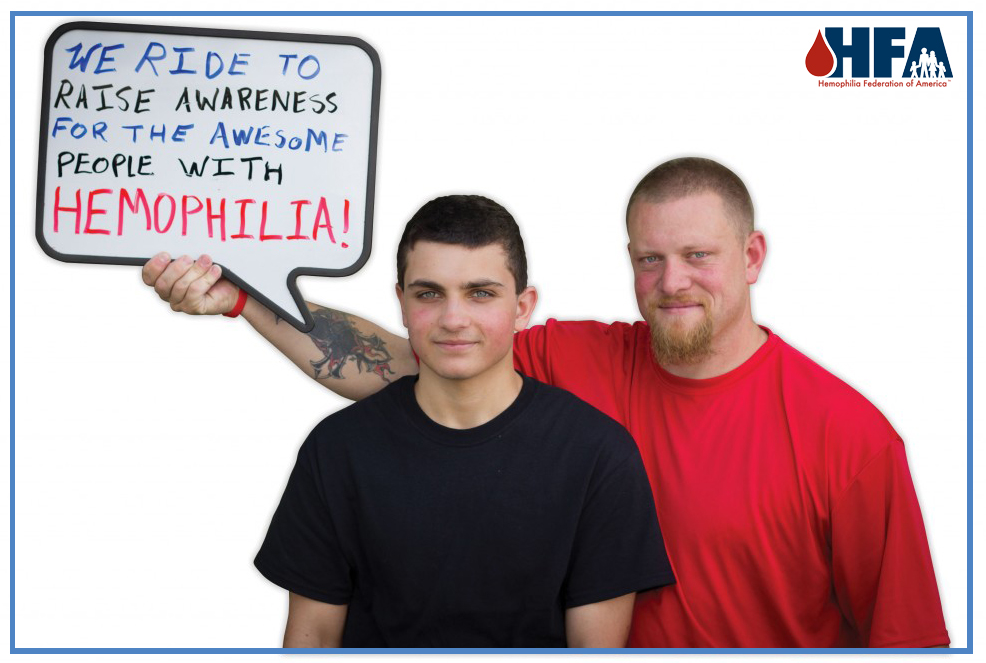 John and his nephew Ryan during HFA’s regional Gears for Good ride in June.

HFA: How does Beards for Bleeders work?

John Bruno: I started by posting it on Facebook in a few groups, and it quickly spread. We had to come up with some way to connect everyone that was asking questions, so I made a website (beardsforbleeders.org) and we came up with simple guidelines: six months to a year with no shaving, but participants can trim the neck and upper lip.

We also made it so each person who was going to grow a beard with us was in charge of their own sponsors, and could give the money they raise to any local, national, or world non-profits supporting bleeding disorders. This then became a reality as the emails started rolling in. We grew much faster and larger than the three of us had ever expected.

HFA: How many people are signed up for Beards for Bleeders?

John Bruno: To date, Beards for Bleeders has 42 “growers,” in five different countries. At two weeks into the fundraiser, the website has over 2,000 views and John reports that donations are rolling in.

HFA: Do you have other fundraising initiatives planned for the bleeding disorders community?

I am again encouraging participants to give to any bleeding disorders non-profit of their choice. A group of friends recently completed the Challenge, including several young men with hemophilia gleefully “pieing” their parents with a cherry pie.

Click here to learn more about Beards for Bleeders.