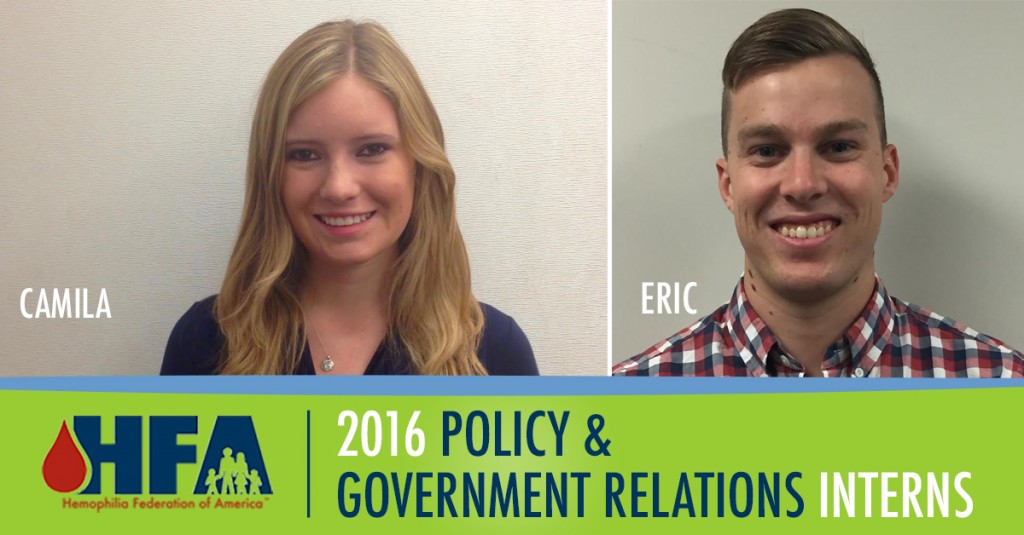 Earlier this year, we opened applications for a ten-week policy and government relations internship* for this summer. We are excited to introduce you to the two candidates that we selected! Eric and Camila are part of the bleeding disorders community and have been chosen because of their leadership qualities and interest in the field of policy and government relations.

During the summer, Eric and Camila will engage in a variety of hands-on activities including:

Throughout the summer, Eric and Camila will be telling you what they’re doing and learning. Get to know these two future leaders of the bleeding disorders community!Â

What school did you attend? What was your major?

Why did you apply for the HFA policy internship?

I applied for the HFA policy internship because I feel like Iâ€™m at a crucial juncture with my relationship with hemophilia, and the bleeding disorders community as a whole. I was excited about the prospect of the internship with HFA giving me a solid foundation and background in not only the process of advocacy, but to also shore up the influence I can exert as a community member. It wasnâ€™t luck that has allowed me to live so comfortably with my hemophilia, but rather the work of many community members before me, and the internship is one way I can stand on the shoulders of giants. 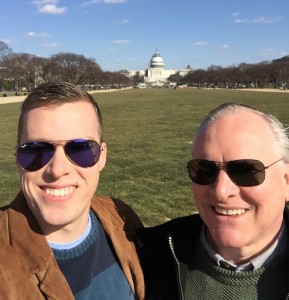 What does it mean to be an advocate in the bleeding disorders community?

Being an advocate for the bleeding disorders community means using oneâ€™s particular skills and background to benefit the community, being able to weave together the issues the community cares most about, and having the skills to bring those changes to bear.

What excites you most about being at HFA?

Itâ€™s really difficult to distill everything Iâ€™m excited for down to one sentiment. Iâ€™m most excited by the idea that this is my first step into the world of advocacy, and what a way to take that first step, to be working in the heart of the political world and to be fighting for a cause that affects me personally. Itâ€™s thrilling.

What is one thing you hope to get out of this internship?

I hope to be able to contribute with small pushes and hard work to the mission of the HFA. By the end of the internship I want to look back and see tangible differences that my work helped to make.

What do you enjoy most about being in Washington, D.C.?

The most engaging part of being in D.C. is that everyone is so tuned in and turned on to the political world. I constantly feel surrounded by people who are actively shaping the way our country works, and itâ€™s encouraging to think I may carve out some small part of that in the coming months.

Anything else youâ€™d like readers to know about you?

I translated two pages of the Aeneid from its source Latin to English as my final project in college. However, it did take me about a week to finish, including a couple dozen revisions.

*HFA thanks Baxalta for their unrestricted advocacy grant to make these internships possible.