Hepatitis: Not Just For Men

I have severe factor 1 deficiency (afibrinogenemia) and have been Hepatitis C (HCV) positive since 1998. My source of infection was one of my many cryoprecipitate infusions (cryo being the only available treatment for anyone with factor 1 deficiency until 2009, and for me until November 2014). What makes me different than most people with a similar story of how they were co-infected with HCV is that I am a woman. 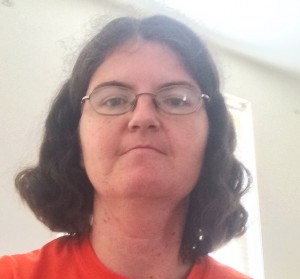 I have been able to live asymptomatic with normal liver function since 1998. It is not unheard of for viral loads to be in the upper millions with or without liver damage. My viral load has stayed low by most standards with my most recent test before starting treatment at about 810,000.

After failing interferon/ribaviron treatment in the fall of 1998, I did not pursue further treatment until last fall when my hematologist recommended beginning treatment with Harvoni, one of the newest class of drugs. I didn’t think much of that idea after having a terrible year with insurance issues and managing bleeds and didn’t want to consider it at first. I finally accepted the idea after talking to several other bleeders who had been treated for HCV using the older treatment, the Harvoni pill, or both. It took several more months to work out the details, but I saw a local liver specialist on at the end of March 2016, was approved for Harvoni in later April, and took my first pill in early May. By late May I was 99% clear of the virus and today marks my final dose and I am still doing very well.

I know that HCV is a huge issue for our community, and I’m sure the effects of how this epidemic came about are more far reaching than we will ever know.

Angel has severe factor 1 deficiency (afibrinogenemia) and HCV and lives in Kentucky.