The Terry Lamb Health and Wellness Award is award is for exceptional commitment to supporting HFA in its national efforts to encourage health, nutrition and wellness behaviors in the bleeding disorders community.

Terry Lamb had severe hemophilia, was an active member of the bleeding disorder community, and was a respected leader. Terry grew up in Virginia during the 1950â€™s when treatment and resources were quite limited. However, Terry never let the struggles of life bring him down and regularly mentioned his father as his inspiration. He was a true gentleman that regularly brought out a smile in others. His sweet southern charm touched countless people. Terry often cited his active lifestyle as the reason he rarely had bleeds later in life and tirelessly encouraged others to do the same.

Aside from being incredible and kind people the 2017 Terry Lamb Health and Wellness Award recipient and her husband have been strong supporters of the HFA community for years. They have raised thousands of dollars for Helping Hands by riding literally hundreds of miles for the Gears for Good program. Recently they purchased a cart, which can be towed behind their bicycles so that their son can join for their rides. For 156 miles this past fall Kim Philo towed her son the entire Gears for Good ride over roots, bridges, and through the canopy of trees along the C&O Canal. Aside from being great volunteers, they are shining examples of what dedication, strength, and engagement in a community looks like. Never tiring, they continue to always push on with smiles on their faces. They love this community, and what they give back in love and support is inspiring and motivating for the rest of us. 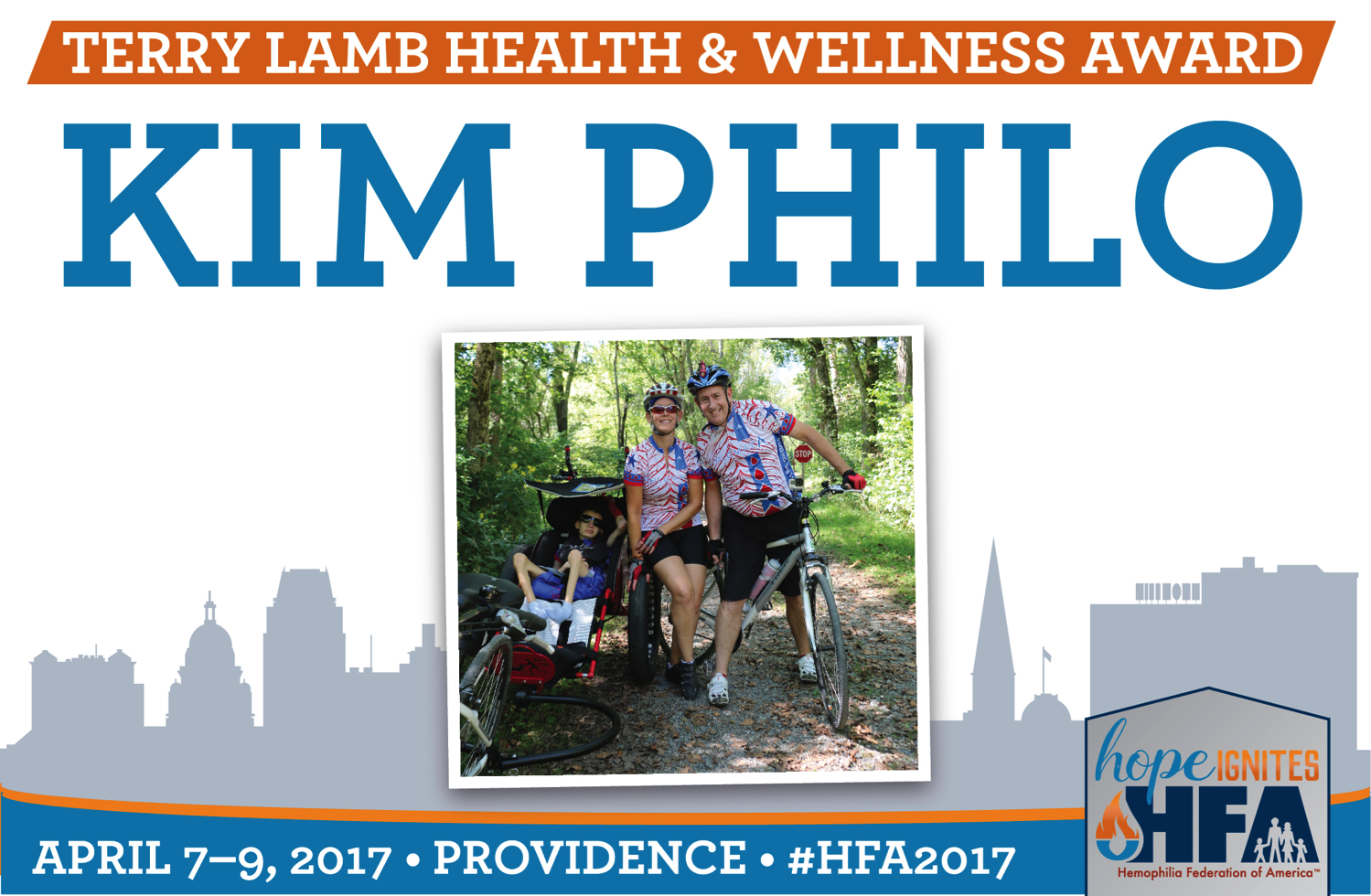 Kim exemplifies what Terry Lamb Award is all about: a commitment to daily health and wellness for herself and her family. Although having a bleeding disorder herself, she does not let that hold her back from participating in various physically challenging events like 5k races, half marathons, marathons and even training for her first Ironman competition. She does all this while including her son so that he, too, may benefit from being outdoors and engaging in athletic competition.

Further illustrating her commitment to HFA, Kim wasnâ€™t planning to attend Symposium but with a little help from her husband, we were able to convince her we needed help recruiting for G4G at the meeting so she changed her plans to dash across the country to come and support the community she loves.