Each year Hemophilia Federation of America honors the service of special individuals who have gone above and beyond in support of the bleeding disorders community. HFAâ€™s 2020 awards were presented during a virtual ceremony on Aug. 25, 2020. HFA celebrates these individuals. 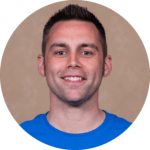 HFA recognizes former board chairs for their service and commitment to HFAâ€™s Board. Former Board Chair, Josh Hemann, currently works for ARJ Infusion Services as a managed care account executive, working directly with health plans and health systems. He and his wife, Heather, have three children and their two daughters have von Willebrand Disease. One daughter has type one and the other type three. Josh has been a part of the HFAâ€™s Dads in Action program since attending his very first Symposium. Josh, the HFA Past Board Chair, just completed his second year as Board Chair.Â Josh served on the HFA Board of Directors for a total of eight years.