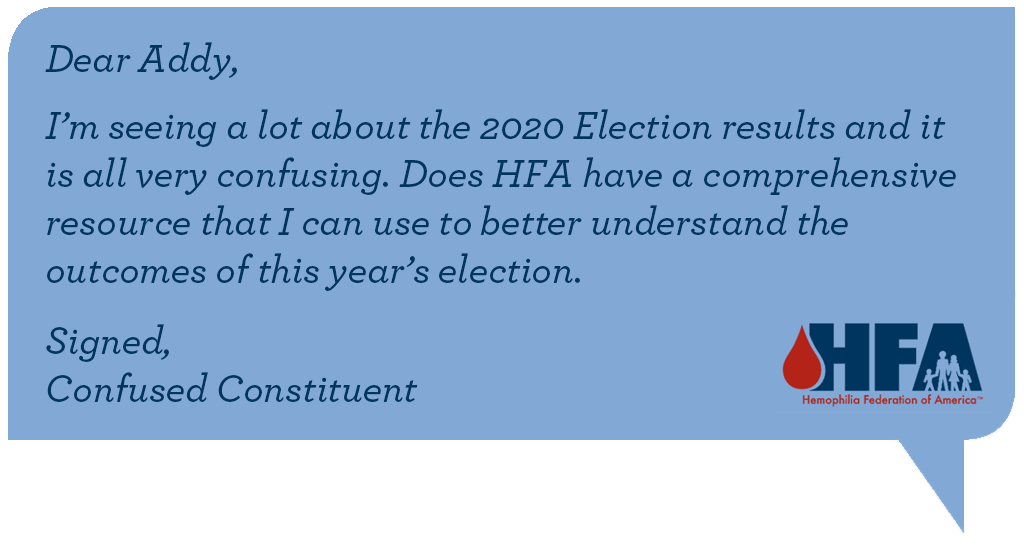 Iâ€™m seeing a lot about the 2020 Election results and it is all very confusing. Does HFA have a comprehensive resource that I can use to better understand the outcomes of this yearâ€™s election.

Due to COVID-19, in some states the manner in which people voted may have changed to comply with state and local guidelines and to ensure everyoneâ€™s safety. As a result, more voters opted to vote by mail or voted early according to their stateâ€™s laws. Each state maintains its own policies as to when votes are counted, some wait until Election Day and others start the counting process ahead of that day. Generally, this does not pose a challenge and results can be reported in the allotted time. This year was different, due to increased mail-in ballots and a shortage of staff and volunteers, more time was required to count each vote that was cast therefore causing a delay in reporting not just for the presidential election, but for state and local races as well.

While it took some time, Joseph R. Biden has been officially deemed President-Elect by the Electoral College. In January, the presidential inauguration will take place and he will be sworn in as the 46th US President along with Kamala Harris as his Vice President. Winners of state and local elections will be sworn into office according to dates previously established by local governing authorities.

For more information on how federal and state 2020 Election results impact HFA Policy Priorities watch this recorded session created by members of the PAGE team. You can also check out the HFA website for continued up to date information.