To Plan or Not to Plan

I am not spontaneous.
The “spur-of-the-moment” gene did not get passed along to me, or anyone else in my family.Â  I am definitely a Type A kind of gal.Â  When it comes to holidays, vacations, and family dinners I love to make plans months in advance so it will be a memorable event.Â  Anticipation of what is to come makes me very happy.Â  But when you have a child with severe hemophilia and inhibitors, you realize that planning is often fruitless.
My eight year old, Caeleb, has struggled quite a bit on his hemophilia journey.Â  Hospitalizations, numerous ports, target joints, walkers, and wheelchairs are part of his normal routine.Â  He has not walked on both feet since October 18, 2013, due to a severe knee bleed.Â  Halloween was spent in the hospital, so I brought Halloween to his hospital room.Â  Fortunately, he was released right before Thanksgiving, but returned the week of Christmas. We wanted to make sure hemophilia didn’t steal the holiday spirit away from him, so we brought a Christmas tree and gingerbread house to the hospital as soon as he was admitted for him to enjoy.
At that point I was thinking that 2014 had to be better!Â  Could it get any worse? We rang in the new year with a fresh start. It didn’t last long though. When January 16th arrived Caeleb was off to the hospital again and ended up spending his eighth birthday there.
Earlier that week I had been feeling guilty for not planning a birthday party for Caeleb.Â  Here we were a few days before the big day and all was well.Â  I was beating myself up for not putting a party together and, sure enough, we ended up in the hospital.
I don’t want to be a mom who is scared to plan anything.Â  I am tired of living in fear of the next bleed.Â  The reality is that the next bleed will happen.Â  There is no doubt about that.Â  But how am I living until then?Â  Am I even coming close to demonstrating to my sons how we need to live our lives as fulfilled, empowered individuals who just happen to live with a chronic illness?Â 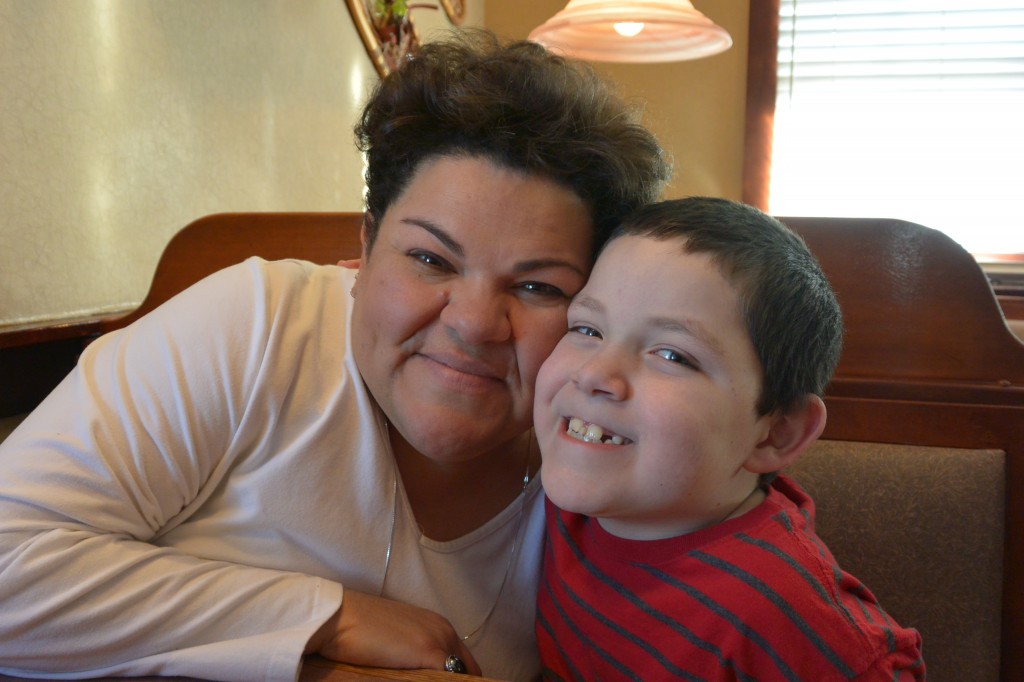 I had an exchange with a woman online who has a young adult son with hemophilia.Â  He has been in and out of hospitals with extreme complications for years.Â  She is a single mom, was stricken with cancer herself, and was taking care of her son.Â  She told me that she had not been on a vacation in over fifteen years and never planned anything.
Hearing her story broke my heart.Â  I knew that her situation and mine were not exactly the same, but it made me sad to hear that she had given up on planning anything. That is when I made a conscious decision to not let myself fall into the trap of living in fear. I must admit that over the past several months it has been pretty difficult to relax and not let anxiety and fear take over.
I will never make hemophilia sound like a walk in the park.Â  I have two sons with this condition and I have seen one have a journey with hardly any incident, while the other cannot go a day without reminders that his bleeding disorder is always in the forefront.Â  However, at the end of the day, it is my responsibility to raise my children with healthy attitudes about their bleeding disorder.Â  And that’s one thing that I can definitely plan ahead for and work a little harder to make sure they are empowered.
Cazandra lives with her husband, Joe, and 17 Â year old son, Julian, and 7 year old son, Caeleb, in New Mexico.