By Sadaf Ahmad
HFA’s Helping Hands Program is an urgent financial assistance program that provides aid to individuals and families to assist in crisis situations with expenses such as housing, transportation, and utility bills.
HFA conducted a survey of Helping Hands (HH) applicants to understand the program’s impact and assess the experiences of the most vulnerable members of the bleeding disorders community. Through phone and email outreach to over 250 households, HFA maintained its connection to those who benefitted from the HH program’s emergency assistance funds from 2011-2012. Over 70 households responded to the survey. By listening to the suggestions of HH survey respondents, we hope to improve the program and make further developments to address the needs of the bleeding disorders community. 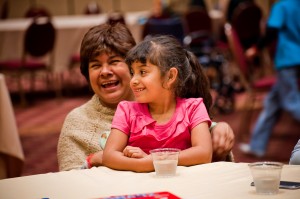 A final report will be published later this summer. However, our preliminary findings showed that the Helping Hands program was crucial to keeping families afloat during a financial crisis. A total of $246,449.04 was distributed to approximately 470 households from January 1, 2011 through December 21, 2012 towards rent, mortgage, utility bills, and car payments. Overwhelmingly, HH survey respondents continually mentioned how much they appreciated the financial assistance they received in their time of need, with 91% rating the HH program as very valuable. Overall, most HH respondents found the guidance and resources provided useful during their time of crisis.
Respondents faced the precarious situation of maintaining both physical and financial health when grappling with a chronic condition affecting themselves or a family member. As suspected, in this economy, job loss was a significant factor contributing to challenging financial circumstances. Medical bills and being behind on other bill payments were the other factors leading to difficult or similar financial circumstances. Other reasons specified included:

â€¢ Lost wages with reduction in hours and bonuses

â€¢ Unemployment due to caregiving responsibilities for a family member

â€¢ Change in household (e.g. birth of new child or parents/children moving back in)

HFA would like to sincerely thank all of the respondents of this survey for their time and participation. HFA remains committed to serving the bleeding disorders community facing financial difficulties and looks forward to how we can meet the community needs.
You can help keep our community’s safety net intact! Become a member of HFA. In 2013, 100% of membership dues will support the Helping Hands Program to assist families in crisis.