Taking Off the Super Woman Cape

Inspirational quotes appear in lots of different places in our lives: on social media, public service announcements, classroom posters, the bulletin board in the break room at work.Â  Prior to becoming a mom, I rarely gave them a second thought – they were simply filler and not something I spent much time pondering.Â  As I began to learn how to raise a child with hemophilia, those quotes started popping into my mind more and more.Â  I would have a rough morning with the kids and think, “What doesn’t kill you makes you stronger,” and somehow, I’d suddenly have the strength to muster through another infusion attempt or clean up the fifth bowl of spilled cheerios, which most moms would agree are equally frustrating. I began noticing that many of the sayings revolved around strength: 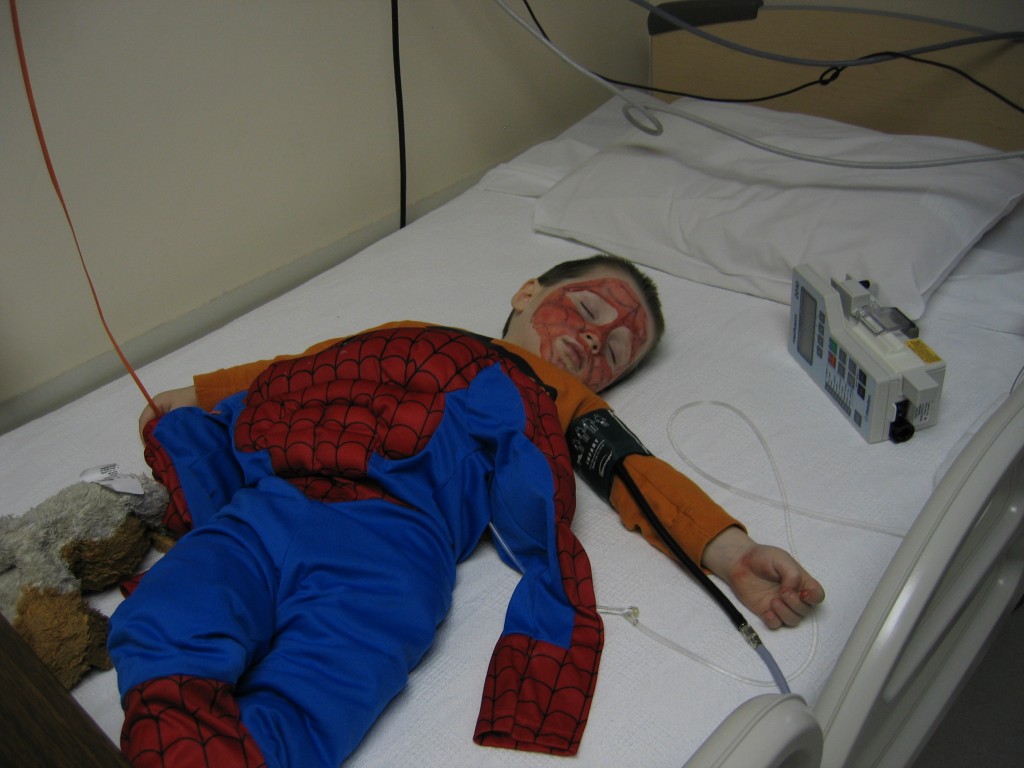 As much as I had thought those sayings were only words in the past, they became mantras for me as a young mother.Â  I used them to build up courage and toughness in the face of a new diagnosis and a sometimes hard life.Â  They were reminders that I could handle everything motherhood and hemophilia had to throw at me.
For a long time, I lived and breathed the persona of being a strong person.Â  No matter what adversities we faced as a family, I was the strong one – I was the mom – I had to hold it together.Â  The fact of the matter is no one is that strong.Â  We all have our breaking points.Â  Mine came as I sat in a hospital room, staring down at my sleeping son, who had just experienced some heart-breaking, excruciating pain. It was the middle of the night and my husband and I had valiantly tried to keep Thomas comfortable at home, treating a bleed around the clock, but it had been too much.Â  The emergency room staff finally got Thomas comfortable enough to sleep and all I could do was gently brush his hair off his face.Â  The bleed and pain were under control so, theoretically, I should have been relieved, but tears streamed down my face.Â  I was exhausted; not from the sleep deprivation, but from trying to maintain a ridiculously high standard of bravery and toughness.Â  An ER nurse walked in to check on Thomas and caught me wiping tears.Â  She patted my shoulder and said, “You cry not because you are weak, but because you have been strong for too long.” She smiled and walked out of the room leaving me to think about that.
Another pearl of wisdom featuring strong…but this one came with a reminder that even the tough need to give themselves a break once in awhile. 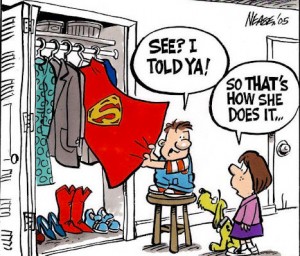 Sonji Wilkes was born and raised in North Carolina, where during high school, she developed an appreciation for volunteerism and community service. She graduated Magna Cum Laude with a BA in Behavioral Science from the Metropolitan State College of Denver in 2001. Sonji volunteers extensively in the bleeding disorders community and was selected as the 2006 National Hemophilia Foundation’s Volunteer of the Year. Sonji, her husband Nathan, and three children: Nora (11), Thomas (9), and Natalie (7), currently reside in Colorado.
________________________________________
*Note: “Infusing Love: A Mom’s View,” is a blog collection of personal opinions and a representation of individuals experiences. While extensive efforts are made to ensure accuracy of the content, the blog entries do not represent HFA or its Board of Directors. The blog is also not intended to be construed as medical advice or the official opinion/position of HFA, its staff, or its Board of Directors. Readers are strongly encouraged to discuss their own medical treatment with their healthcare providers.