At the very first meeting we had at the Hemophilia Treatment Center (HTC) when Thomas was a week old, Nathan asked the HTC team, “Does the medicine ever stop working? Can you build up antibodies to it?” Not wanting to worry us and having a good track record of low inhibitor development, the HTC team assured us that almost never happens.
Going into Thomas’s two month old immunization series, we were coached on doing subcutaneous injections, holding pressure and icing afterwards. Â The next morning, he awoke with hot, stiff, swollen thighs and was very cranky. He had bled into both thighs. Â “Huh. That almost never happens,” I was told.
A week or so later, I placed a crying Thomas into his beloved bouncy seat, firmly situated on the flat hardwood floor and pulled the belts tight on him. The little dude was upset and pitched such a fit that he somehow flopped out of the bouncy seat and hit his head on the hardwood floor. Â Off we went for the inaugural emergency room visit. Â Again I was told, “That almost never happens…”
On our way to our first national hemophilia meeting, we hit black ice and crashed our car head-on into a concrete highway barrier in rural Wyoming. Â Thomas was three months old. Â Even though he was perfectly fine thanks to the thorough job Nathan had done installing the car seats, we infused just to be safe. Â We ended up arriving at the meeting by ambulance after the car was declared totaled. Â That truly almost never happens. 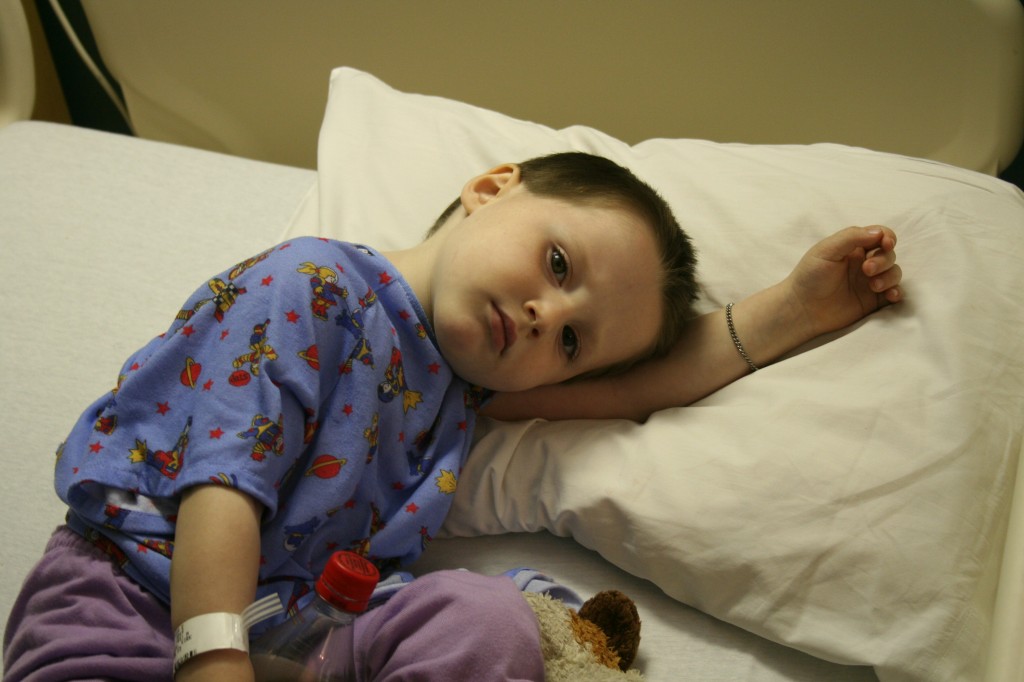 Despite prophy infusions of factor before his four and six month old immunizations and continued ice and pressure post-shot, he bled in his thighs. He had spectacular bruising all over his body for a 6 month old, non-mobile baby. Thinking, “Well, after all, he does have hemophilia, “I didn’t worry too much about it. My poor nurse coordinator said, “Wow. This almost never happens.”
Luckily for us, we had an amazing, experienced nurse coordinator at our HTC at the time. She suggested we come in for our comprehensive clinic visit at seven months old since we had completely missed the purported “infancy honeymoon period” of hemophilia. We have laughed since then about it and she admits she became paranoid to say, “That almost never happens.”
At that visit, we learned the very thing that Nathan had asked about during that first meeting had come true: at seven months old, Thomas had developed an inhibitor. Â We had just barely begun to understand what living with hemophilia meant and now we had a new diagnosis to comprehend.
Thomas has now lived almost ten years with an inhibitor. We have tried all the conventional and less-than-conventional (and sometimes controversial) therapies to eradicate it. He has developed target joints, has experienced awful muscle bleeds, nosebleeds that I like to call “the great hemophilia flood,” and pain that no infant, toddler, child, or adult should ever have to experience. I’ve lost count of how many times we’ve taken him into surgery, but I know he’s had a total of ten central lines: two Broviacs, four PICC lines and four ports. Â He’s bled in multiple places during the same day; new bleeds sometimes pop up within the same hour. He’s missed school, birthday parties, holidays, and spent more than his fair share of time in emergency rooms and hospital beds. Â On most days he infuses twice a day; when he’s bleeding, it can be up to eight times a day.
Thomas has had a rough first decade of life. As a family, it’s been very difficult. The ramifications of living with an inhibitor run very deep.
But we are better and stronger because of it. 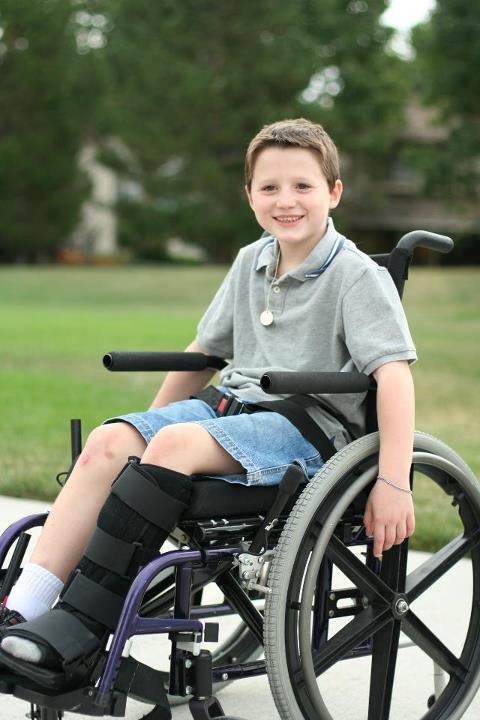 As much as I’d love to be rid of the inhibitor forever, I know that everything we’ve faced, everything the inhibitor has brought with it, has solidified our core beliefs. It’s made us stronger advocates, parents and partners. It’s made us more compassionate as a family and as individuals.
The inhibitor has shown me that a Spiderman-obsessed, three year old who spent three months in a wheelchair had the wherewithal to face weekly physical therapy appointments so he could relearn to walk. The inhibitor has taught me that strength is found in a little six year old boy who poked himself for the first time and hit it on the first try. Â The inhibitor has taught me perseverance through the actions of a nine year old; when he dropped and shattered a Lego set that he spent hours working on, while laying in a hospital bed, he taught me that you can drop your head in your hands, shed a tear, but you must pick up the pieces and rebuild better and stronger than before.
The inhibitor has been a beast and burden, but one that I truly almost never begrudge.
Sonji Wilkes was born and raised in North Carolina, where during high school, she developed an appreciation for volunteerism and community service. She graduated Magna Cum Laude with a BA in Behavioral Science from the Metropolitan State College of Denver in 2001. Sonji volunteers extensively in the bleeding disorders community and was selected as the 2006 National Hemophilia Foundation’s Volunteer of the Year. Sonji, her husband Nathan, and three children: Nora (11), Thomas (9), and Natalie (7), currently reside in Colorado.
_________________________________
*Note: “Infusing Love: A Mom’s View,” is a blog collection of personal opinions and a representation of individuals experiences. While extensive efforts are made to ensure accuracy of the content, the blog entries do not represent HFA or its Board of Directors. The blog is also not intended to be construed as medical advice or the official opinion/position of HFA, its staff, or its Board of Directors. Readers are strongly encouraged to discuss their own medical treatment with their healthcare providers.

HFA is conducting a short 10-15 minute online survey of moms with children with bleeding disorders.Â Taking part in this survey is your opportunity to voice your opinions and experience as a mom. HFA will use this information in order to serve you better.Â  If you have any questions about this survey, please feel free to email Sonji Wilkes, HFA Program consultant at: sonjiwilkes@gmail.com.Â  Please consider taking a few minutes to complete the survey here: http://www.surveymonkey.com/s/HFAmomsurvey