Almost all persons who have hemophilia A are born with it. Hemophilia A is not contagious and does not spread like a virus or an infection. Read on for more information about the genetics of hemophilia A and how it is inherited.

The gene that contains the instructions to properly make factor VIII is on the X chromosome. Hemophilia A is caused when that gene is defective. Since males have one Y and one X chromosome, hemophilia affects mostly males. Women have two X chromosomes, so even if one X chromosome is defective, the other sometimes has the information needed to create clotting factors. A female can have hemophilia A because of X-inactivation or lyonization. Hemophilia may be inherited, or it may be caused by a spontaneous genetic mutation of the factor gene occurring either in the mother or in the child.

Carriers of Hemophilia A

In 70% of the cases of hemophilia, there is a known family history. The gene that causes hemophilia is passed from parent to child. A mother that carries the gene is called a carrier, and she has a 50% chance of having a son with hemophilia and a 50% chance of having a daughter who is also a carrier. A father who has hemophilia possesses the gene and passes it on to his daughter because daughters receive two X chromosomes, one from their mother and one from their father. This is why daughters of men with hemophilia are called obligate carriers. Since sons only receive a Y chromosome from their father, they would not have inherited hemophilia. Please view the illustrations demonstrating the hemophilia inheritance patterns to learn more.

Inheritance Pattern of Hemophilia A

The following diagrams show how the hemophilia gene can be inherited. In approximately one-third of people with hemophilia, there is no family history of the disorder, and the genetic mutation is usually spontaneous. 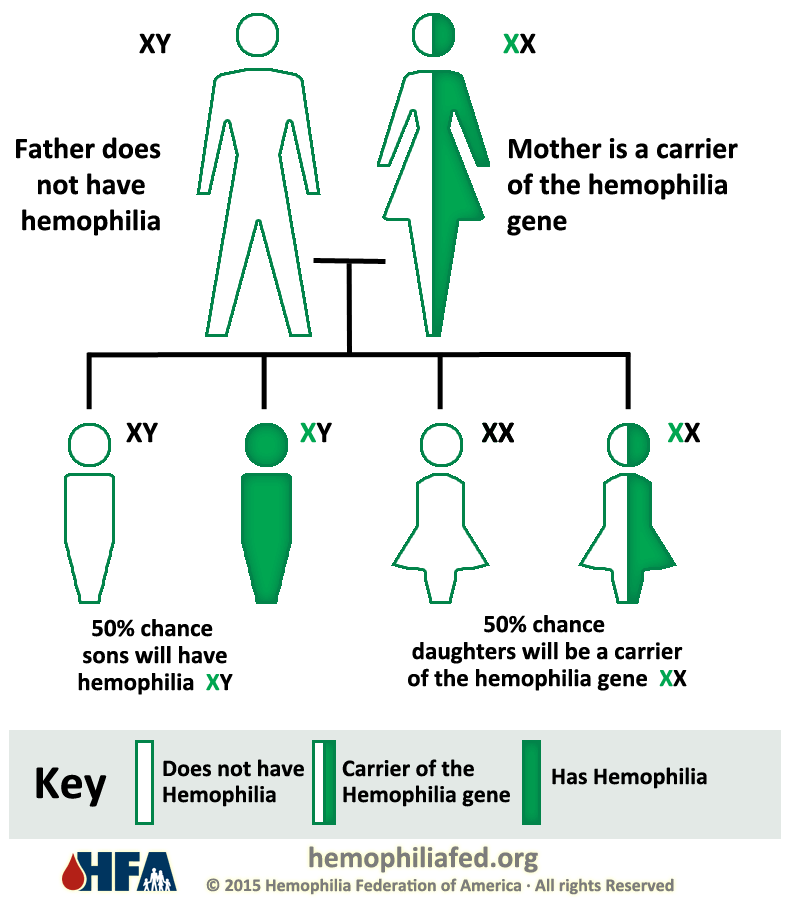 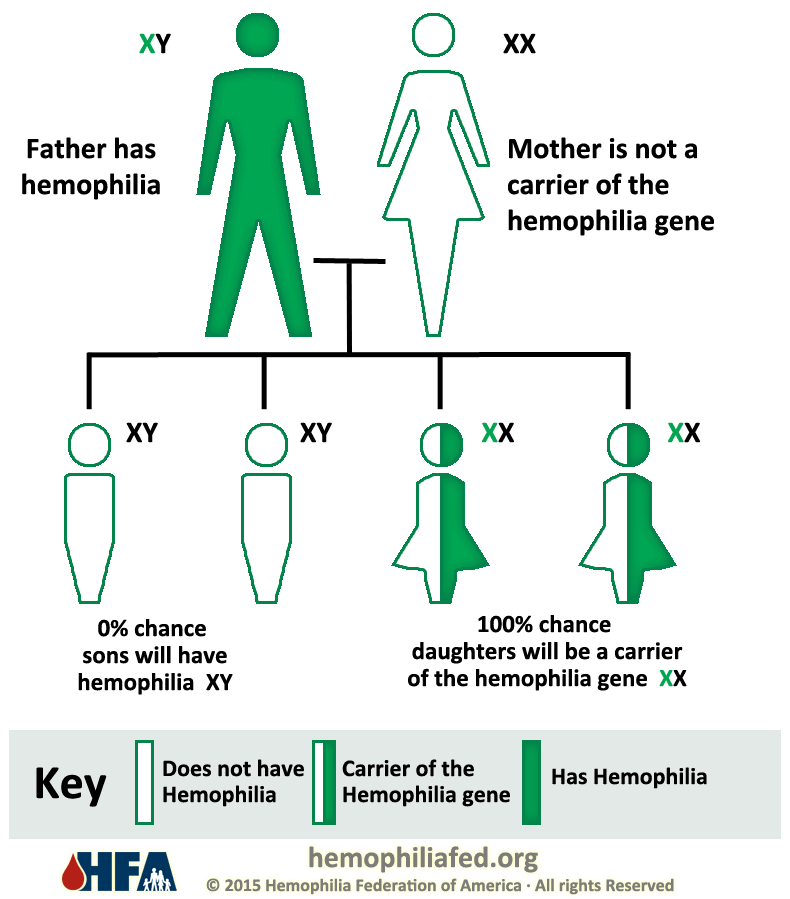 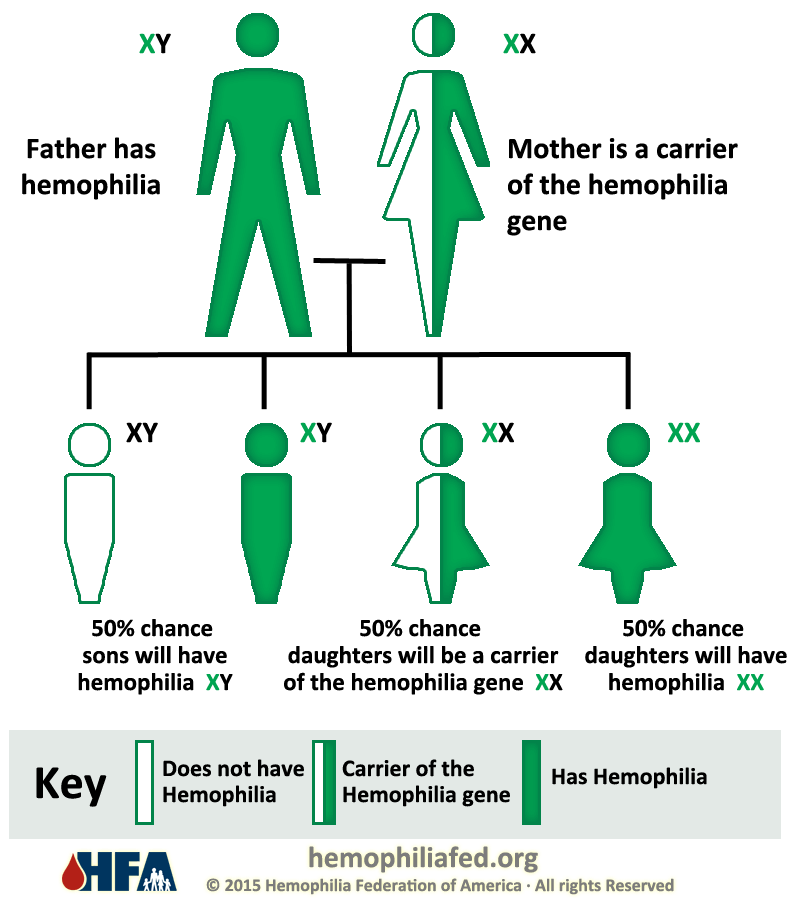