By Juanita Fish
When my son was 9 years old, I begrudgingly sent him to camp for the first time. It was a pivotal moment for my family!
When Johnathan (Jon) was born, I became the mother of a child that would need to be raised differently than others, at least physically. Eight months later, he and I were involved in a horrible fire that took the lives of his three siblings – three of my four children. The trauma of their deaths made me a different person. I became pessimistic. My fears escalated and I began to doubt the good of humanity. I thought that as long as Jon was around me – the one person that I knew would care for him to no end – he’d be okay. Therefore, going to camp alone was out of the question. I kept him under me – he became, not another entity, but an extension of me. In doing so, we both lost our individuality – we became one person. In many ways, there was no difference between us. If he had a tummy ache, I experienced the same pain. If he fell, it was my responsibility to ‘fix’ him – not his. If you hurt him, you hurt me and would have to answer to me for it. This is how I planned to spend the duration of his childhood and, at least, his early adolescence. After that, I felt I would miraculously detach myself from him and he would miraculously be this great, self-reliant, emotionally stable man. I thought that this was all a part of being a good mother and that no one could keep him as safe as I could in his childhood.Â 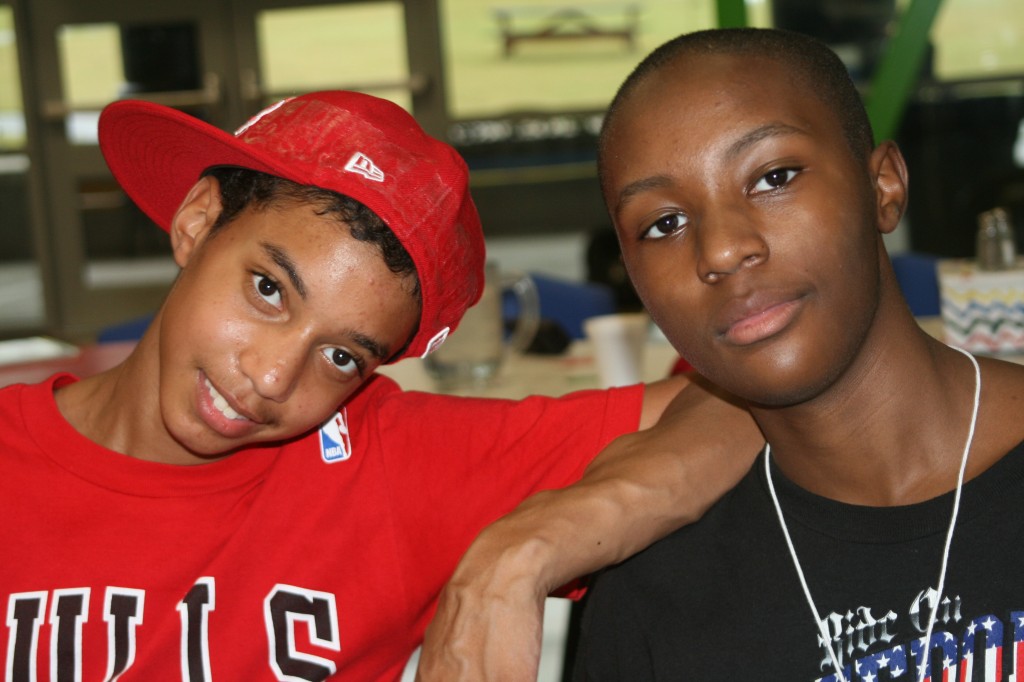 I was wrong. Not only was Jon safe at the award-winning Michigan hemophilia Camp Bold Eagle, he was free. He was almost unrecognizable upon his return. He seemed to age years in just four days!
After pondering over this for many months, I have come to discover that it is not simply that Jon matured at camp. As parents, it is a job requirement that we slightly – not rigidly – mold our children into the adults that we want them to eventually become. That’s not a bad thing since we want our children to be morally well off and morality must be taught; we want them to have an ethical foundation to stand on, at least. Sometimes in doing so, we lovingly and even necessarily limit the personalities of our young in the process of instructing them of good and bad behavior. The problem comes when we – Â unintentionally – aim to turn them into “mini-me’s,” people that act and even think exactly like we do.
At Camp Bold Eagle, I think Jon became the person that I as a parent had subconsciously been squashing. He discovered that he was capable at camp; that he could create solutions to problems; that if he got hurt – in most instances – he could and, more importantly,Â should, handle the situation; that he could survive out in the world without me. He self-treated for the first time while he was away. He found that I was not as necessary as he thought I was. Really, he becameÂ independent from me. His newfound individuality is what caused him to seem like he’d grown so much in just four days. When he came home, this is what I and eventually all of his classmates and teachers saw and remarked on. What I didn’t recognize because I had never truly seen was HIM. I don’t think that he would have ever gotten that experience from anywhere or anyone else. 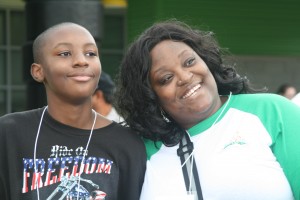 There was a picture that hung in my childhood bathroom for many years of a mother bird pushing her babies out of the nest which read: “The best things a mother can give her children are roots and wings.” That concept was foreign to me as a parent – incomprehensible – because these nestlings would only fall. And isn’t it the mother bird’s responsibility to prevent that? Here I stood as that mother at an impasse for the duration of my parenting. Until Camp Bold Eagle. I never reasoned that it is essential to the life of a bird that they fly and the only way the mother can get them to do so is by testing these instinctual abilities. I tested my son’s instincts at camp and he soared.
I am beginning to gain greater understanding of the fact that getting hurt is a part of life. Making mistakes and seeing them as stepping stones instead of holes that only someone else can get us out of makes us stronger people – beams of light more sure of who and what we are and more willing to help those around us to do the same. This doesn’t mean that one won’t experience trepidation. Being afraid isn’t and shouldn’t be avoided, for the only way that we can really discover the quality of courage is by having fear. Both my son and I found this out when he went to camp. However, the people at camp, like Anne Henningfield, helped us to get through the rough parts. Anne knew of my emotional dilemmas and never took my hesitance and doubt personally. She made sure all my questions were answered, routinely emailed and even called me. She eagerly but patiently helped me to push this awesome kid of mine out of the nest. In so doing, she showed us both how to fly. She later left our state chapter to illuminate us all in the field of helping families to succeed. Wherever you are in the world, thank you, Anne!!! You have saved my family and I will never forget you.
Now we have Tim Wick as Camp Director and he’s as much fun as Anne was! Jon simply adores him and his warm friendly appeal. He’s awesome and we’re grateful he’s made himself available for us.
I’ve faced fears personally in many things and always manage to come out as a stronger person. I’m glad that Jon got the opportunity to discover and overcome his own at camp.

Juanita and her son, Jon, 13, live in Michigan.