Recently, I saw on Facebook a mom express anxiety about sending her child to hemophilia camp. I also had a lot of anxiety when first sending my son, Micah, to camp.Â  One thing that really helped me was volunteering beforehand as a camp counselor. I spent a week at camp in a cabin with kids and was able to experience the behind-the-scenes that goes into the planning and building the camp experience.
At this particular camp, the counselors went through the medical records of all the kids that would be in their cabin.Â  We went over any special needs, requests, or behavior issues and talked through suggestions of who would be paired with who based on the strengths of each child. Counselors are briefed by the clinical staff, trained in HIPAA, and are required to sign confidentiality agreements out of privacy concerns. The same attention to making sure we addressed campers’ individual needs sometimes led us to per certain kids together for a reason.Â  For instance, a child who didn’t know how to infuse would be paired up with a kid who knew how to infuse to foster support and encouragement. I’ve seen this happen and the bond that is made and the self-esteem that is formed are amazing to watch. 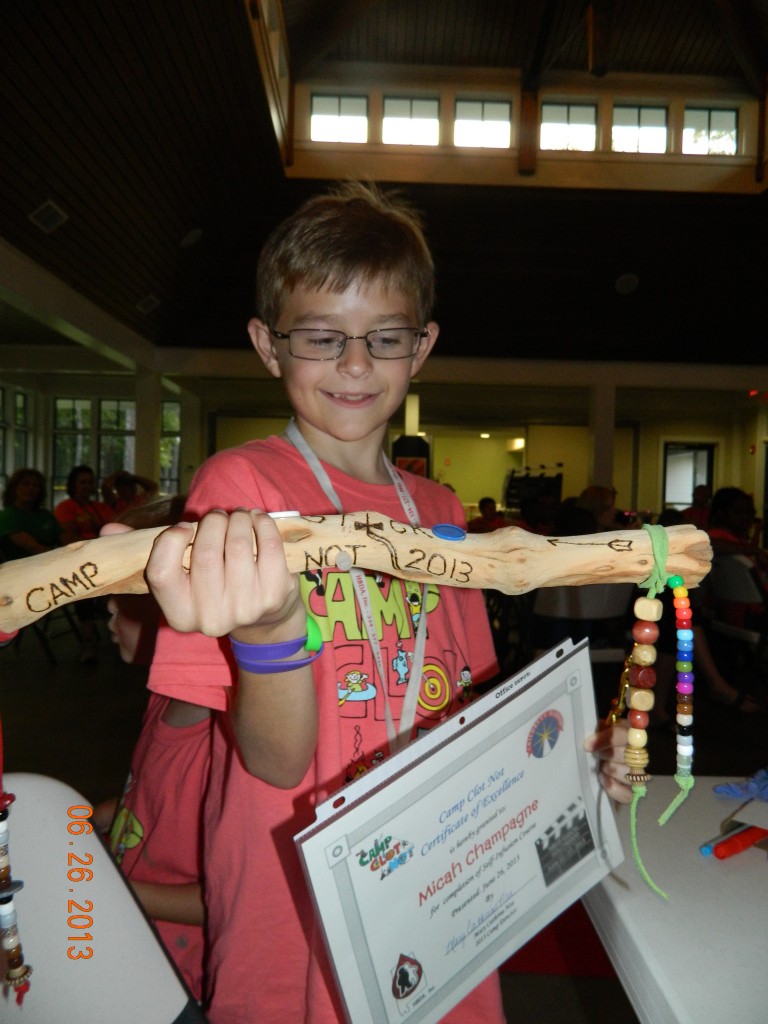 Our camp had a very well planned schedule and procedures that were put into place regarding activity times, meals, down time, prophy schedule (including golf cart rides to the medical shack for infusions), and the time allotted for cleanup and showers.Â  And believe it or not — the kids actually did shower every night! They had individual shower stalls with shower curtains and were completely private.Â  Some nights, depending on the schedule of the day and how tired they were, we would have to limit them to three to five minute showers…otherwise some would stay in there and play forever!Â  The campers got into a routine of waking up, making their beds, getting dressed, cleaning up the cabin and bathrooms, doing activities together, helping each other, eating together, and having fun. They participated in a friendly competition with other cabins and age groups based on manners, teamwork, attitude, and neatness.
If there was a medical issue, campers were given their treatments and were still able to participate in whatever activity was happening. Â They were never removed from a group.Â  They may have used crutches or a wheelchair, but they were always with their friends.Â  As a mother, the best part was witnessing kids relating to each other and never allowing anyone to be excluded from their group.Â  It was a team effort and a powerful example of support.
At any camp, there is so much thought put into each activity and the counselors that volunteer make sure your kids are safe, having fun, happy, and healthy. “Big Stick Awards” are given when a child administers an infusion and accesses a vein for the first time. This is a big celebration!
I can assure you that the adults have just as much fun as the kids do at camp.Â  I have been a counselor three different years and have loved every minute of it.Â  The kids come back much more mature than they did when you dropped them off and have a bond of blood brotherhood that will never be broken. Â Camp allows them to learn they are not in this world of hemophilia alone, while also providing them with tools to develop independence and autonomy.
It’s hard to let them go.Â  But with all the medical staff that knows about hemophilia, what better place to be and have fun when people know how to react and treat them?!Â  They may have some anxiety for the first day, but once they get involved in the activities, they will be too busy to get homesick and by the time they come home, they will be talking about returning next year. Micah’s first camp experience was when he was 7 years old at Boggy Creek in Florida.Â  Then we found a camp closer to where we live now in Alabama called Camp Clot Not.Â Â Â  He is now 12 years old and this is his 3rd year at Camp Clot Not. He is so excited to be reunited with his friends and counselors.Â  It really is a growing experience for both the child and the parent!
Kelly lives in Mississippi with her son, Micah.
_____________________________________________________________________________________
*Note: “Infusing Love: A Mom’s View,” is a blog collection of personal opinions and a representation of individuals experiences. While extensive efforts are made to ensure accuracy of the content, the blog entries do not represent HFA or its Board of Directors. The blog is also not intended to be construed as medical advice or the official opinion/position of HFA, its staff, or its Board of Directors. Readers are strongly encouraged to discuss their own medical treatment with their healthcare providers.