As a parent of a child with hemophilia, it is quite often difficult to find something about hemophilia for which you are thankful. Let’s be honest, for all of us, at times, it can be difficult to sing the praises of hemophilia.
Thankfully, there are also days that you realize the multitude of unexpected blessings. For me, I have found one of the largest blessings to be the friendships and relationships I have formed within the hemophilia community. We (or I) have met people from all over the country, and from all walks of life with all kinds of life stories. What they all have in common is not just hemophilia, but strength, resilience, and fortitude that I’ve never known.
I think we’d all agree that these friendships and relationships are a blessing, but the bigger gift is how hemophilia has shaped our children into these amazing human beings. At 12, my son, Nicholas (who has severe hemophilia A), feels defined by hemophilia. I have to remind him what our HTC nurse told us not long after the diagnosis-he is NOT Nicholas-the-hemophiliac. But rather, he is Nicholas, who just happens to have hemophilia. Hemophilia is not what defines him; but it certainly has helped shape him into who he is. 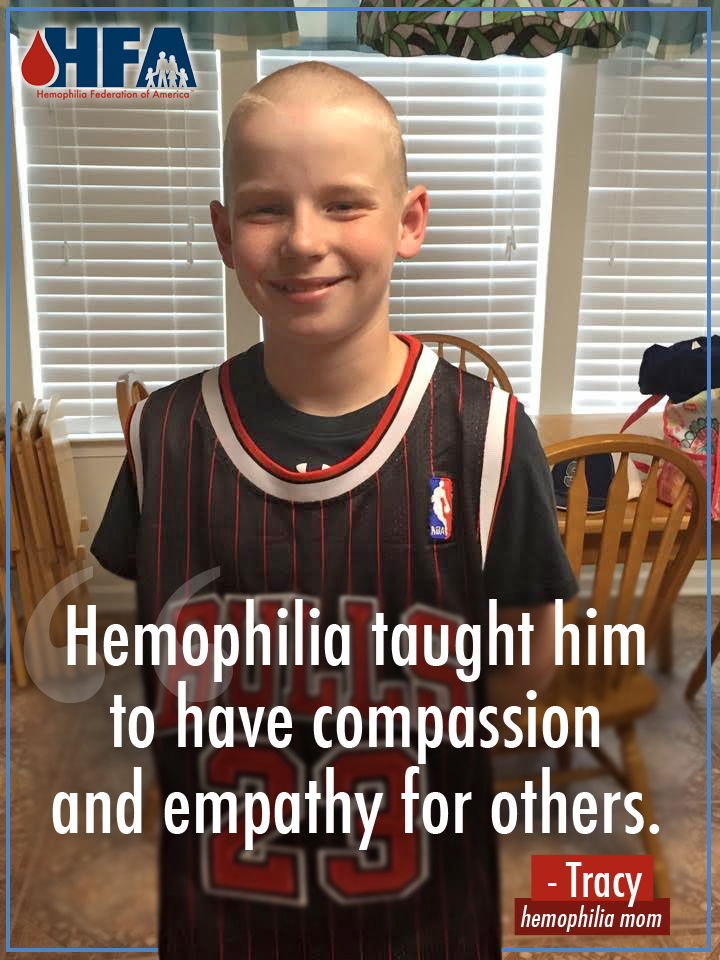