For those of us with children who have their own cell phones, how many times a day do you say, “Get off the phone!” or “Put the phone down!”?
But I challenge you to think about yourself: How many things are you doing right now? Other than reading this blog – one, two, three more things? The idea for this blog posting came as I was at work, talking to my boss on the phone, responding to an email and sending a text – all at the same time. Really?! How can I possibly give 100% of my attention to anything when I’m doing three or four things at the same time? Apparently I wasn’t giving 100% because I realized as I was texting and emailing, I had no idea what my boss just asked me to do. That’s when I asked myself, “How can I constantly fuss at Nick to put down his cell phone and focus on what he’s doing, when I can’t do it myself?!”
Has someone ever asked you to do something and then proceeded to ask you to do more before you can finish the first thing? Kids are infamous for doing this: “Mom can you tie my shoe and also I have gum stuck in my hair and do you know where my lunchbox is?” Do you respond with “I can only do one thing at a time”?Â  I respond with that all the time, but based on my example above, clearly I can do more than one thing at a time! Right? 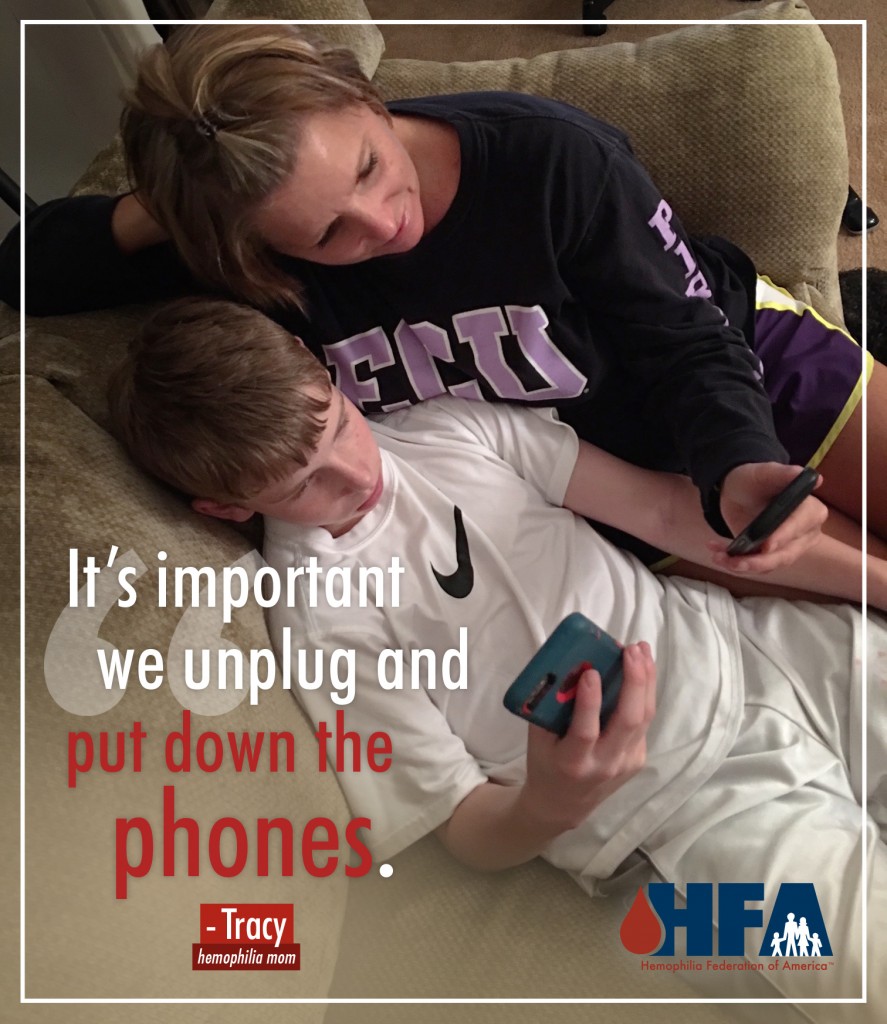 Perhaps I need to change my response. I can only do one thing WELL at a time. Whatever that one thing is – doesn’t it deserve your full attention and at least your best effort at doing it well?Â  I think we’d all agree that we don’t want our kids doing homework while they’re texting their friends. I certainly shouldn’t be answering an email while I’m having a phone conversation with my boss.
As mothers, I think we’re programmed to “multitask.” It’s what we do! And there are times when it’s legitimately what we have to do. But have we taken multi-tasking to a whole new level? Why do we HAVE to constantly be doing more than one thing at a time?
Most, if not all, of us have read an article like the one that made the rounds on Facebook about the mother that was with her child at the park and never looked up from her phone to enjoy the fun that her child was enjoying. This may be an extreme example, but I’m sure some of us (me included) are guilty of this. But how many of us are guilty of not so extreme, but similar examples? Have you even been watching a TV show as a family and during the commercial you check Facebook? As if anything earth shattering has been posted since you checked it during the last commercial. Or on your day off of work (or the weekend), you take five minutes to respond to an email from your boss while you are having lunch/dinner out with your family?
My general rule has always been that if Nick is not with me, I always have my phone close. If he’s with me, I’m not too worried about my phone’s proximity to me. The problem is, I don’t follow my own rules. I’ve come to realize that I’m really not that important. If someone texts or emails me and I don’t respond right away, nine times out of ten, it’s going to be just fine. When I am not at work and with my family, I really need to focus on the most important thing: my family. And shouldn’t they get my full attention and effort to do it well?
I was at a HFA’s Symposium a few years ago and in the rush to get a shuttle to the airport and catch an early flight back home, I dropped my phone in the cab. Of course, I didn’t realize I left my phone in the cab until the driver was long gone. Thankfully, I was able to call the driver, and he had my phone and dropped it off at the hotel so someone could mail it back to me. I had my phone back in three days or so. Once I accepted the fact that I wasn’t going to have a phone for a few days – it was actually quite nice.
We all need that time to unplug completely.Â  Let your brain shut down, turn it off for a while, enjoy down time and enjoy your family. Designate time to put it down. I blinked and somehow my son is almost 13. I don’t want time to go any faster than it already is. I can catch up on Facebook, emails, and other things later.
Tracy, her husband, Lance, and son, Nick, (12 years old) live in Virginia.
___________________________________________
*Note: “Infusing Love: A Mom’s View,” is a blog collection of personal opinions and a representation of individuals experiences. While extensive efforts are made to ensure accuracy of the content, the blog entries do not represent HFA or its Board of Directors. The blog is also not intended to be construed as medical advice or the official opinion/position of HFA, its staff, or its Board of Directors. Readers are strongly encouraged to discuss their own medical treatment with their healthcare providers.Â