Terry Lamb is a Lion of Exercise

Having hemophilia doesn’t mean you or your child must live a sedentary life or be cut off from good opportunities for becoming fit. Just ask Terry Lamb of Virginia. This 59-year-old supporter of the FitFactor program lifts weights 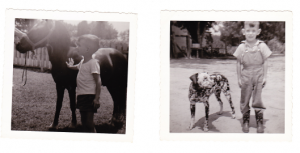 6 days a week and swims on his day off.

Back when Terry was born, there was no such thing as prophylactic treatment. The doctors told his parents he would only live to be 8 years old. Upon hearing the news, his father declared, “I don’t care how long we have him. He will be a full-fledged boy.” Â Terry had bleeds, of course, but says he grew up “very normal” despite his hemophilia.

Terry wishes he could have had the opportunities he has now when he was younger. “Unfortunately… I hadn’t started [exercising] young. I’d be in a lot better shape than I am now,” he says. Terry encourages young people with hemophilia “to utilize what they have today… There is so much freedom. I never thought I would have the freedom this late in life that I do today.” 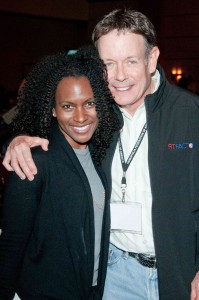 “I encourage the young people to exercise; get out and participate in the sports that are safe for them to do,” Terry says.Â  A horse trainer by profession, he continues to ride and train as a hobby. “I can go out, ride my horses safely, and not worry about anything.”

Terry believes anyone with drive and determination can stay on top of their health, no matter what hurdles they may face. “I’m not going to sit here and tell you it’s easy,” he says. “It’s not.” But he stresses that anybody can do it. “Just stay on top of things, research, study, exercise, eat right, take your vitamins, get your rest, and you’ll be all right …you can reach any goal you want to….”Â  Terry should know. He has outlived his doctor’s prediction by 51 years, and he has gone 9 years without a bleed. He can partly thank his infusions for that, but he knows taking care of his hemophilia is just one part of a healthy lifestyle. He hopes his story will help young people realize the same.

Terry is a prominent voice in HFA’s FitFactor program, which encourages patients with hemophilia to focus on living a fit and healthy life.