Volunteer Spotlight: The Future is Bright 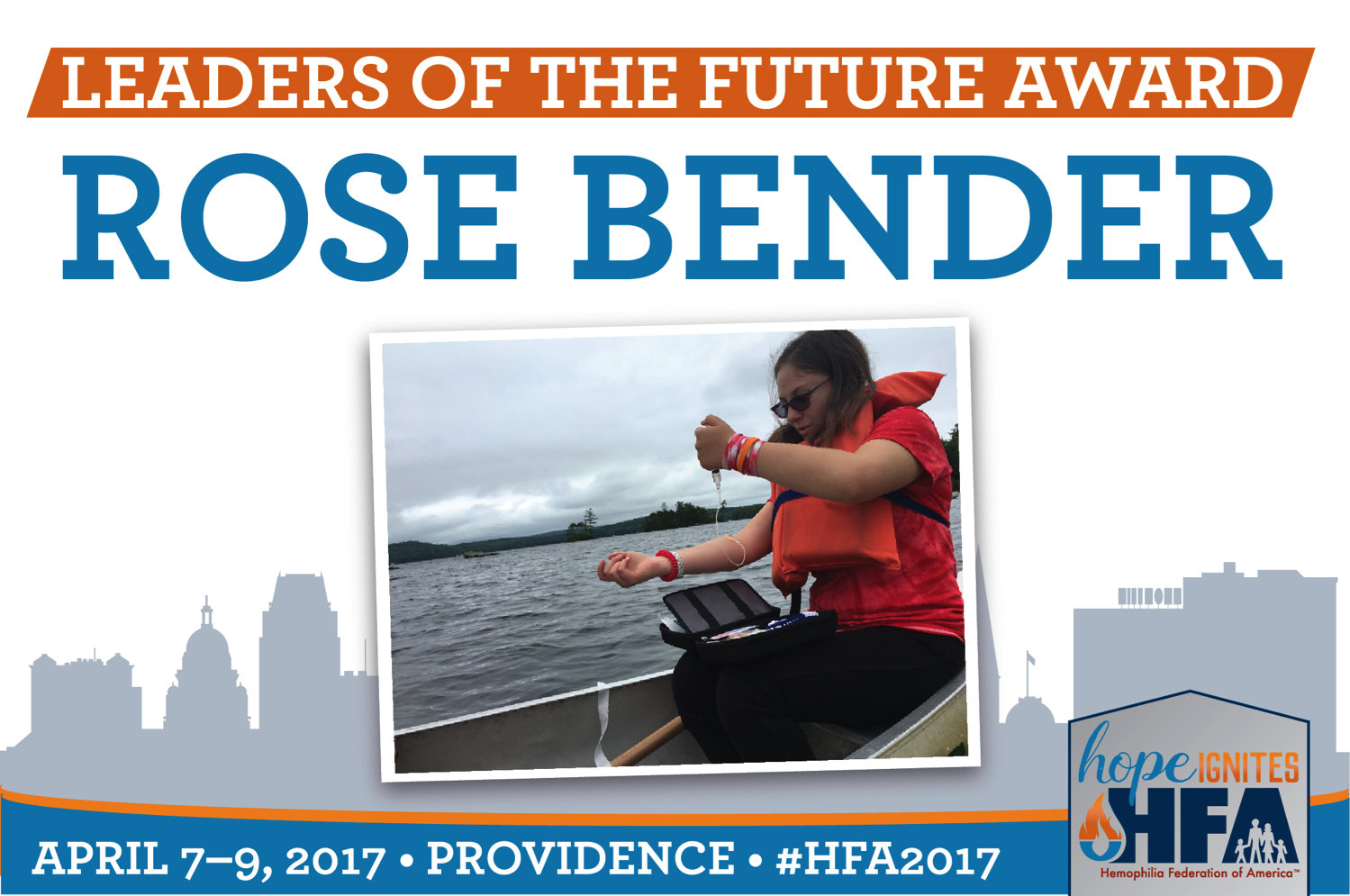 Rose Bender is a 20-year old sophomore at Yale University living with severe hemophilia A. She was 9 months old when her family first heard about hemophilia. Her bleeding at the time was so severe that she needed a whole blood transfusion, cryoprecipitate, and fresh frozen plasma just to stay alive. Volunteering and giving back have been an integral part of her life. From her efforts to host blood drives at school to her tremendous success fundraising for the New York City Hemophilia Chapter, Rose has shown significant leadership potential. She was the first person to ever demonstrate self-infusion at the New York City Hemophilia Chapterâ€™s annual self-infusion lesson and in 2015, she inspired the chapter to pursue the Guinness World Record for largest self-care lesson. Although attempt missed the record, hundreds of individuals attended and learned how to self-infuse because of this young woman.

Rose also loves her job as counselor at both Camp Little Oak and the NEHA Family Camp, where she found her calling as a role model and inspiration for girls with bleeding disorders. Just last year, she worked as an intern at one of HFAâ€™s member organizations and helped redesign their website and launch their new teen program. She has recently joined the Board of Directors of the New York City Hemophilia Chapter. She is an extremely talented, courageous, brilliant, funny and inspiring Leader of the Future.