I was nervous before walking into a Congressional office. The U.S. Capitol is huge! I didn’t know what to expect and I wasn’t sure they would listen to me. After all, legislators and their staff meet with numerous constituent groups every day. What could I say that would stand out? 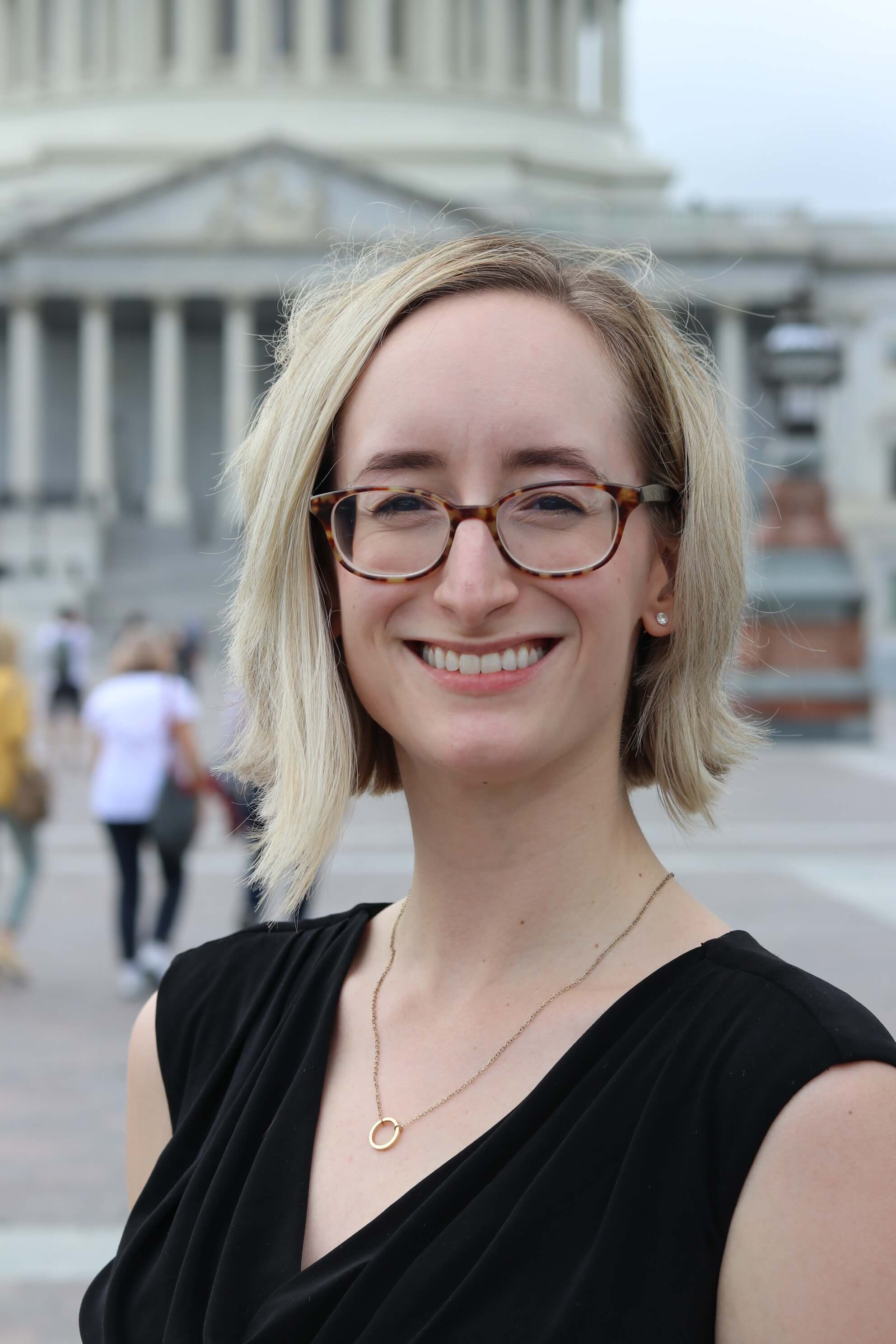 Luckily, I serve on HFA’s inaugural Advocacy Leadership Council. The ALC is a program designed to build a strong, engaged army of champions to fight for meaningful healthcare and thus help to improve care and quality of life for all people living with bleeding disorders. Along with the 11 other members of the ALC, I receive training from HFA staff and help advocate for our community on Capitol Hill in Washington, D.C., and in my own state of Pennsylvania.
My favorite aspect of the ALC is working with the other members. Everyone has a slightly different background and the variances in our personal stories paint a fuller picture of our community. We each have something a little unique that compels us to advocate. I wasn’t involved with the bleeding disorders community until last year. I thought I had my vWD symptoms under control and I really didn’t think much about it. But after engaging with others at the Young Adult Advocacy Summit in Fall 2018, I was energized. I had so much in common with the other young adults and I wanted to learn more about my own health and then find a way to take action. When the opportunity to join the ALC arose, I was so excited to be able to give a voice to my peers and to learn alongside such special people.
In June, I visited Washington, D.C., for HFA’s Annual Patient fly-in where we met with Congressional offices to tell them about specific bills that could impact our community. We split up into groups and were led by HFA staff members to our visits. We met with congresspeople from our own districts where we are the constituent. I also went to a few meetings with legislators from New York, since another member of my group lived there.
The meetings had a general flow, such as introducing ourselves, explaining our relation to the bleeding disorders community, and if necessary, basic background information about bleeding disorders. I was quite surprised the majority of the people we met with already had a pretty good grasp of bleeding disorders. This speaks to the strong relationships HFA has with our elected officials; we are well represented on the Hill! In every meeting I was in, the staff member or legislator listened intently, many took notes, and everyone seemed truly grateful to hear our stories.

During the June Patient fly-in, we were advocating for H.R. 2279, The Safe Step Act and protections against short-term health plans and for support of measures that would enhance the affordability of health insurance. By making a specific ask, we make it easy for the staff member and allow them to know exactly where we stand.
After a couple of meetings, we started to have a good rhythm. I was familiar with the other group member’s stories and if they forgot something, I thought is important, I was able to prompt them. If we had extra time, I explained how surprise billing has impacted me, or another member of the group talked about the high costs of their medication or about insurance rates.
Before joining the ALC, civics and advocacy were professional interests. For years I’ve worked as an election worker at the polls, canvassed for political campaigns, registered voters and lobbied at my state legislature. Professionally, I have worked in local, state and federal government and I serve on the local chapter of the League of Women Voters. I thought I was an old hat, but I’ve discovered that I have so much more to learn!
Before we even stepped foot on the Hill, we had a thorough day of training. We had workshops on the policy landscape where we delved deeper into the healthcare legislation that is in progress now. My favorite part of the day was our session with a Hill staffer who explained what we could do to make our meetings productive and beneficial.
I think I will always be a little nervous as I walk down a long tiled hallway of the Capitol building, which I’ve found are either surprisingly empty, or bustling with harried-looking staffers off to do something important. But now my nervousness is more like anticipation; I know what to expect and I understand that our elected officials report to us. We can inform them about the issues facing our community and we can tell our stories, which they can then use to bolster their legislative agenda. We can help them just by being us.
I have come to realize how personal advocacy is to me and how fiercely I want to work to better this community. Advocacy is learning about policy, telling our stories, and helping others find ways to better help us. After all, our blood connects us. Thanks to HFA, the Advocacy Leadership Council is developing the skills to make real change.