Infusing Love: Fear of the Unknown

Today, HFA is pleased to introduce new blogger, Kari. Â Kari and her daughter have a rare bleeding disorder, Platelet Storage Pool Deficiency (PSPD). Continue reading as Kari introduces herself and shares more about her and her daughter’s diagnosis.
Every morning when I wake up, the first thing that usually pops into my head is my daughter, Scarlett. She remains there almost all the time — our shared bleeding disorder consumes my thoughts. I worry about her throughout the day, jumping every time the phone rings for fear of it being her school telling me she’s fallen and badly injured herself. If I’m home with her, I’m usually driving myself crazy, trying to keep her and her two-year-old brother from wrestling or bumping into each other.
The fear of the unknown has taken over my mind and I’m doing everything I can to bring it back to reality, but there are days that I fail miserably at this. I often have to stop and remind myself that I can’t fix this. I can’t make this problem go away.
In 2011, my daughter and I were both diagnosed with a rare bleeding disorder called, Platelet Storage Pool Deficiency (PSPD). I’ll never forget the day Scarlett, whom was three years old at the time, was officially diagnosed. I can still hear the words that would change our lives forever.Â  Because of all the bruising she was experiencing we knew in our heart of hearts that she must have a bleeding disorder, but it still didn’t soften the blow.Â 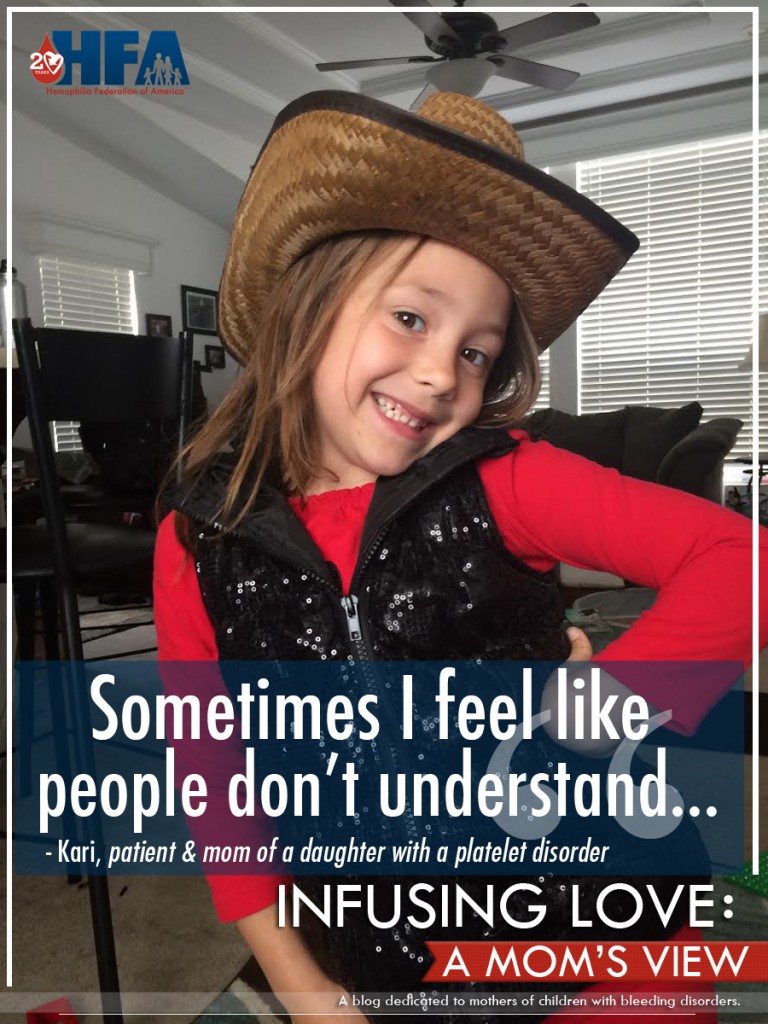 The doctors spoke of a life of restrictions, protective gear and lots ofÂ newÂ and unfamiliarÂ information. They gave me a long list of physical activities she wouldn’t be able to participate in, and a short list of the ones she could. Â They recommended putting her in a helmet to keep her off any structure where her feet didn’t touch the ground.Â  They told me that they consider her condition to be life-threatening and that we had a long road ahead of us — something no parent ever wants to hear. They explained that because our disorder was so rare, they couldn’t say for sure that any of the medicine she was prescribed would actually work in a life-threatening situation.Â Consequently, Scarlett would need to live on the cautious side of life.
Her doctors made me feel like I wasn’t taking our bleeding disorder seriously and that I didn’t understand the severity of the diagnosis. But to be honest, I was just feeling numb.Â  I had what I would consider extreme bruising my whole life and can remember countless times when the amount of blood I was losing was questioned, but there was never a diagnosis. Growing up, never did I think what was experiencing was considered life threatening.Â  I was finally diagnosed while six months pregnant with my second child. I had team of doctors from various facilities following me, who were concerned with all the precautions that would need to be taken to ensure that both my son and I came out of the delivery with the least amount of bleeding possible. Scarlett, who was diagnosed a couple of months after me, had a completely different team of doctors from another facility. Because they didn’t know if my son had a bleeding disorder too, we had to go through delivery assuming he did. I was dealing with the emotions of learning that my unborn son and I were considered high risk patients, while at the same time being told my daughter would probably never live a “normal” life. I still wonder, “How was I supposed to be reacting?”
Even with multiple doctors’ opinions, we still had no concrete plan or guarantee that any of the ideas put forth were going to work.Â  There just weren’t enough cases out there to compare us to, so it was all somewhat of a guessing game.Â  I was overwhelmed with all the “what if’s” and different opinions that were being thrown at us and was really nervous something was going to go wrong during delivery.
Several months later I gave birth to my son, Walker. Even with platelet transfusions, before and after delivery, I lost over a third of my blood supply. The doctors were stumped and we were now in the depths of our bleeding disorder.
Hearing the words “you shouldn’t have more kids” after the birth of my second child left me with a feeling I can’t really describe.Â  My bleeding disorder robbed me of something I never thought could be taken away and I don’t ever want my daughter, or anyone’s daughter, to have to hear those same words. 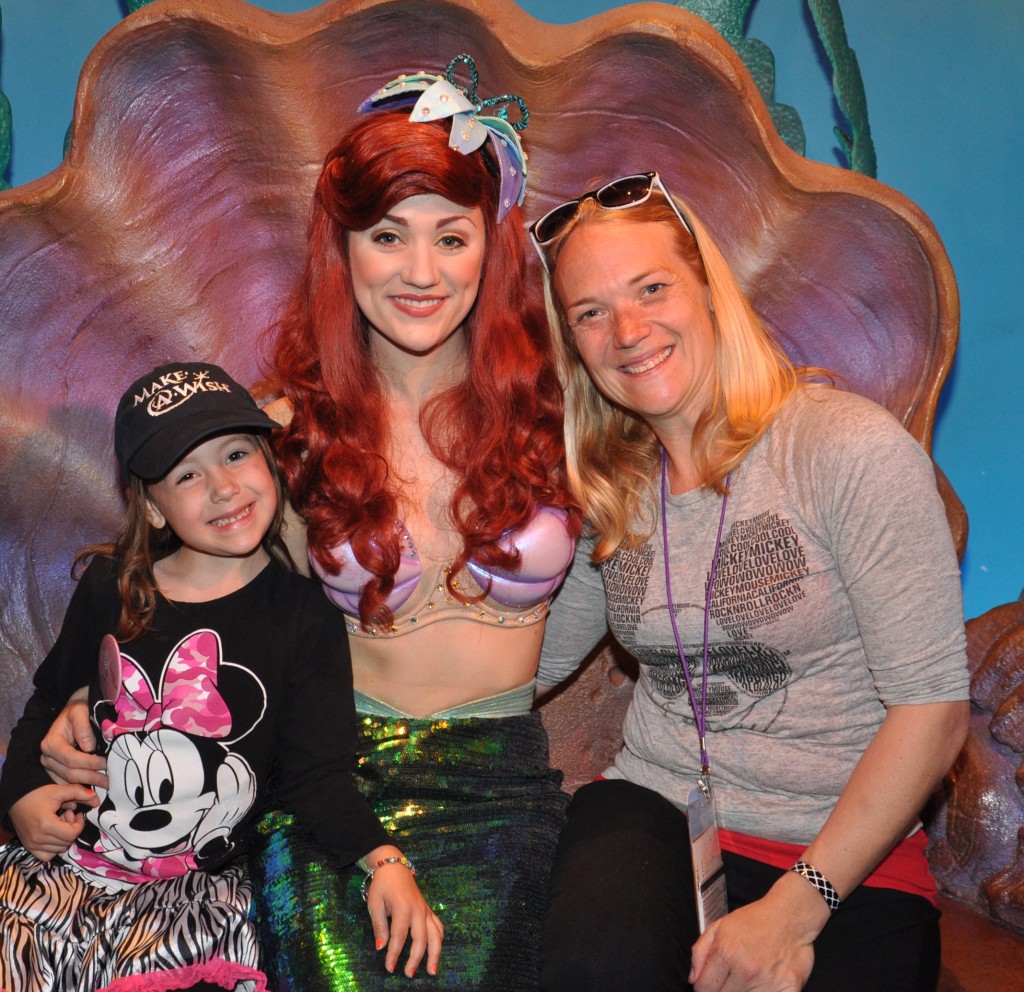 For the first few months after our diagnosis I was not only in a state of shock but in a little denial too. I refused to believe Scarlett’s life would be altered and was naive to the fact that our disorder would change our lives.Â  We managed to make it through a year or so without any major injuries and she was always under the care of family and was fortunate enough to be able to attend the preschool where I taught. We got through the first four years of her life with little drama where her bleeding disorder was concerned, and felt like we knew what we were doing.
All that came to a screeching halt when it was time to put Scarlett in elementary school. Suddenly the fear of having to entrust her with someone else, freaked us out and brought forth all the emotions we were truly feeling inside. We were finally in a position where we couldn’t protect her anymore and had to entrust her with someone else.Â  Choosing a school for Scarlett was stressful.Â  I spoke with a half dozen different principals from schools throughout our county.Â  The schools within our district all seemed so big, so we tried to find her a smaller school that was an equal distance between my job, her father at home, and my Mom, who has taken a huge role in being there to help us with Scarlett.
Two weeks before kindergarten started we finally found out she got into our choice of schools.Â  The elementary school was located in a small neighboring town and, when Scarlett moved up to first grade, she would be offered a Recess Renaissance Program, which gave children multiple choices besides playing on the playground, like Zumba, reading and writing clubs, gardening, crafts, etc. We felt enrolling her in a school that already had other options would allow her a more normal existence without standing out to her peers.
Last year, during kindergarten, Scarlett bumped her head several times, so we pulled her from climbing on the playground structure. Last year came with many injuries, both inside and outside of school, and we feel a lot of it has to do with Scarlett testing her independence.Â  She has reached a new stage and is learning to claim her independance, no matter what injuries she endure on the way.Â  It’s a scary time for us as parents, but a necessary one for her to learn her limits on her own.
She starts first grade this week and we are still ironing out the details of her IEP and 504 plan. Although the emergency plan the doctors have put into place for injuries has helped thus far, I still feel like it’s a constant guessing game.Â  Anytime Scarlett falls or gets a bump, I’m faced with the decision to give her medication.Â  The fear of giving it too often or not enough consumes me and I’m constantly questioning whether I’m making the right decision. Having all these fears and then trusting someone else will follow proper protocol literally keeps me up at night. 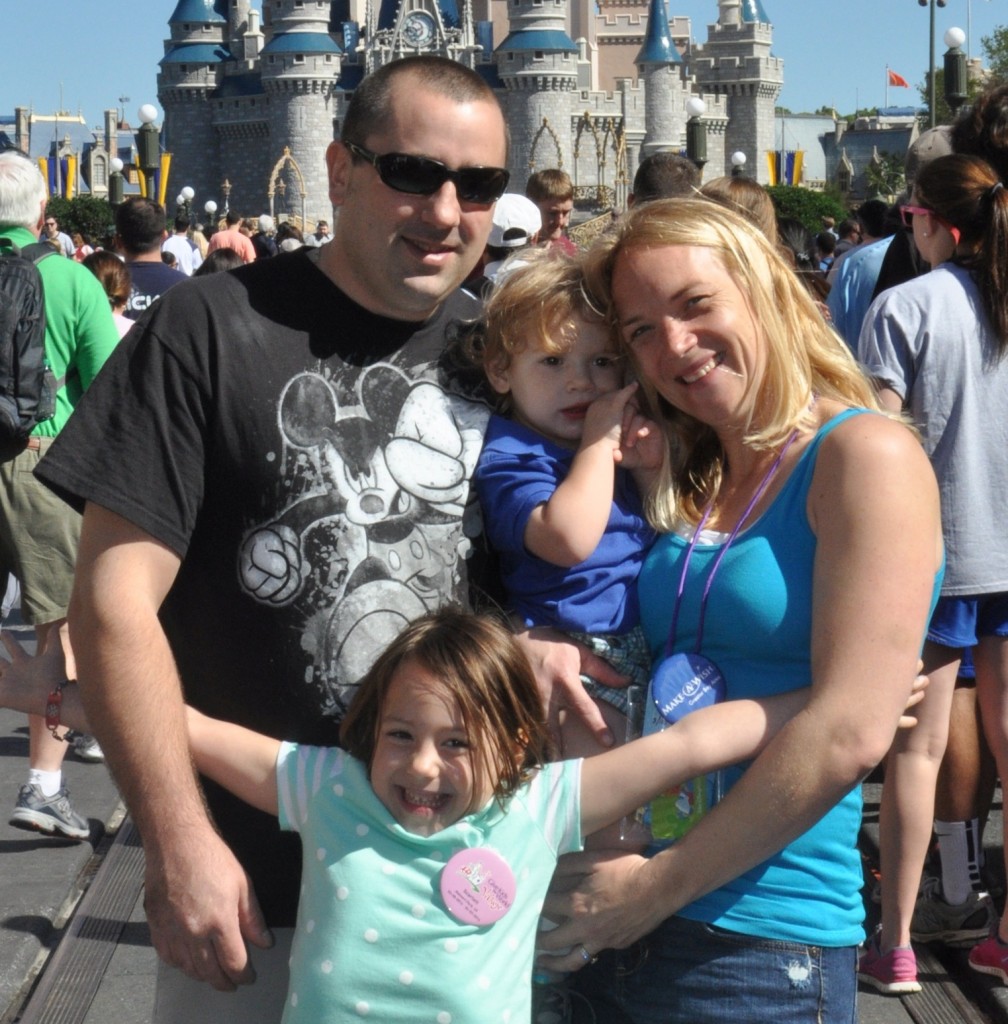 Since Scarlett’s diagnosis, I’ve felt like I am constantly defending our disorder. I’ve been in numerous heated discussions with family, friends and even people from the bleeding disorder community who try and compare us to other bleeders and feel we are sheltering Scarlett and keeping her from being a kid. There’s often the misconception that we are over reacting and making a bigger deal out of our bleeding disorder than necessary.Â  Sometimes I feel like people don’t understand that I’m fighting for her life each day. Each and every moment I spend with her, I’m trying to prevent her from getting an injury.Â  On most days this leaves me feeling emotionally and physically exhausted. I feel like a lot of people will never understand the daily rituals that we’ve had to take to keep Scarlett safe.Â  The every day worry, that I assume all parents go through, is escalated to a level nobody could imagine when you are trying to prevent your child from getting hurt from every day life experiences.
With all that said, I plan on being here for the long haul and feel we were given this disorder for a reason. I started blogging in September of 2013 after months of feeling like nobody knew what I was going through and feeling tremendously alone.Â  Anytime I went online looking for answers I found a lot of men sharing their stories about hemophilia, but never women talking about platelet disorders. So I started a personal blog, A Touch of Scarlett, a place where I can share stories about life with a rare bleeding disorder and hopefully spread awareness and pave the way for future platelet disorder patients.
Through sharing my story and hearing others, I have finally found a sort of peace. I know I’m not alone and that others are experiencing all the same anger, hurt, confusion, and pain that I sometimes feel. I’ve learned to lean on the bleeding disorder community for help and try to be there to lend a positive environment where people feel they can share their stories, without being judged or told they are wrong. I feel bleeders get enough judgment from onlookers, we don’t need it from each other too.
Until platelet disorders are diagnosed and researched more, we still somewhat stand alone. I can only hope through sharing our story, eventually we will be given the chance to live a life with fewer restrictions and can help others diagnosed with PSPD live a less restricted life.
Kari lives with her husband, Ryan, and 6 year old daughter, Scarlett, and 2 year old son, Walker, in California.