You know what I miss? You. I miss you. I miss looking into your eyes, I miss tearing up when I try to explain my struggles and listen to yours. I miss smiling with you when I tell you about my adventures and you tell me yours.
I’ve been a part of the bleeding disorder community since 1992 when my son was diagnosed with severe hemophilia A. I’ve been a part of the HFA community for so long I don’t remember what it’s like to not be involved.
When my son was born, I didn’t know about hemophilia, I didn’t know about constant pain, big purple bruises, swollen joints or head trauma. I didn’t know how to find a vein or what someone with joint damage looked like. I didn’t know about tainted blood, genetics or even who my real family was. 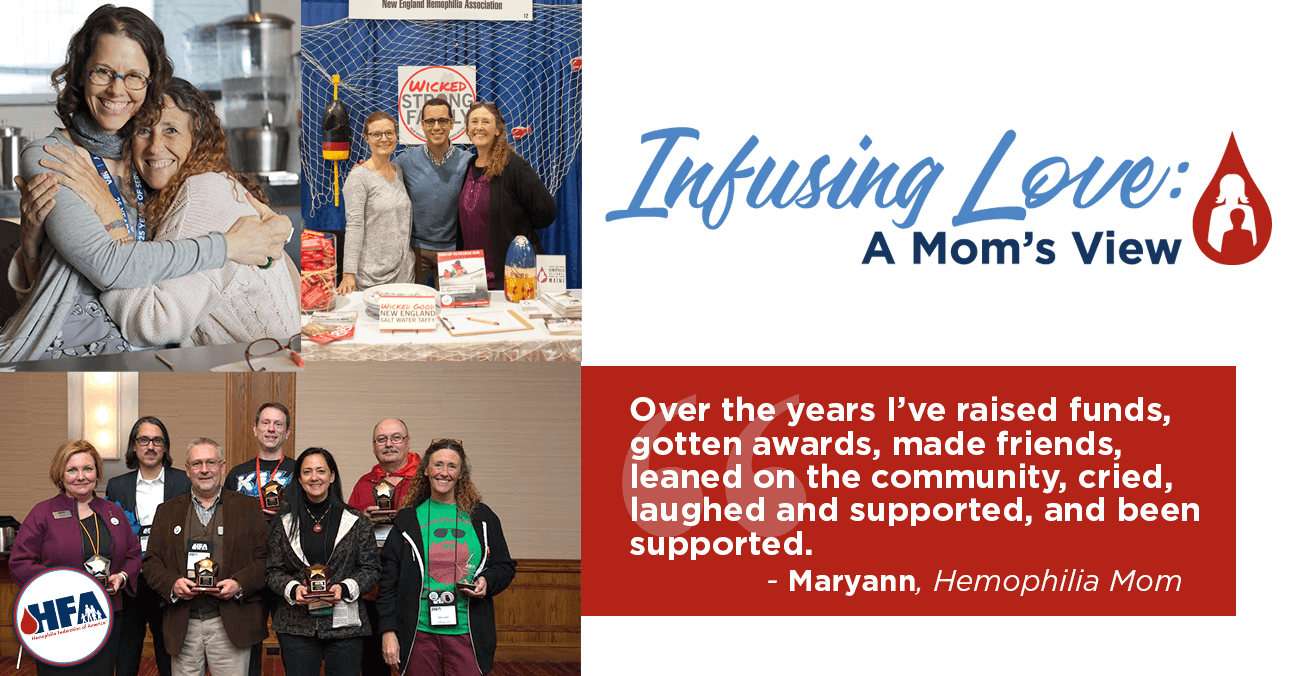 In the first few months I became an IV nurse, physical therapist, an insurance expert. I also learned how to be assertive without being aggressive. In the first few years I learned how painful joint bleeds are, what it feels like to be accosted by social services and 504 plans. Mostly I learned who I am.
The first COTT (Committee of Ten Thousand) meeting I went to terrified me. It was in the early 1990s, while many more of the older generation was still with us. These were people living with HIV and hepatitis C they contracted from their medicine. They had lived with addiction to pain medications, physical illness from their HIV medications and permanently damaged joints. These are the people I looked to when I needed reassurance that my son would be alright. These were the people I saw as hope that he would become an adult.
My son is the tale end of that generation, the group that had frequent bleeds in spite of their medicine. This was before the new treatments or the real hope for genetic cures. This was before the time when the medicines kept people from getting bleeds or joint damage, before the generation that doesn’t get bleeds. He was a part of the “we think the factor is safe” generation but just in case we’ll test him for HIV every few months. He has quite a bit of joint damage and lives with chronic pain.
Around 2005 I learned about my family – brothers I’ll never meet because they died too young from bad medicine. I met my mother, siblings, nieces and their children, one who lives with hemophilia, some who don’t.
In the past few years, I’ve learned what living with my own mild bleeding disorder looks like. I’ve learned how much it affected me before I knew why my normal was so different from others. I learned because of a brain bleed – an incident that could have changed my life forever. I have also learned how to better care for myself so I’m not at risk as much as I once was. I carry a travel letter, eat better, and avoid medicines and vitamin supplements that thin my already thin blood.
Symposium is where I see you, my people. I know at least once a year I’ll be surrounded by people who get it. People who don’t think it’s odd that my favorites folder are pictures of gnarly bruises, MRIs and surgeries. People who have a stash of DME (durable medical equipment) like crutches, air casts, slings and cryo cuffs. Families who didn’t know about bleeding disorders until someone in the family was diagnosed. People who understand addiction to pain medication, people who speak my language. I can say things like bleed or infusion without having to explain.
Over the years I’ve raised funds, gotten awards, made friends, leaned on the COTT community, cried, laughed and supported and been supported. Â You have let me stay in your home. We’ve shared meals, stories, failures and successes. We’ve connected on social media, agreed, disagreed and lived our own truths. That’s why l miss looking in your eyes, smiling and crying. That’s why I miss you.

Maryann and her adult son, Max, live in New Hampshire
*Note: “Infusing Love: A Mom’s View,” is a blog collection of personal opinions and a representation of individuals experiences. While extensive efforts are made to ensure accuracy of the content, the blog entries do not represent HFA or its Board of Directors. The blog is also not intended to be construed as medical advice or the official opinion/position of HFA, its staff, or its Board of Directors. Readers are strongly encouraged to discuss their own medical treatment with their healthcare provider.