By HFA Staff with scientific review by Dr. David Clark and Dr. Lisa Hensley
Many people have questions about the COVID-19 vaccines. This article will answer one primary question: Can getting vaccinated for COVID-19 cut off treatment options for emerging bleeding disorder treatments and therapies? Of the three vaccines currently available in the United States, the Pfizer and Moderna vaccines use messenger ribonucleic acid (mRNA) technology while the Johnson & Johnson vaccine uses a viral vector.Â

How These Vaccines Work

The virus that causes COVID-19 is called SARS-CoV-2, which is a coronavirus. Coronaviruses have protein spikes sticking out of them that allow the virus to attach to and enter cells. All three vaccines use that spike protein to help our bodies develop an immune response to prevent illness.
In the case of the mRNA vaccines, when you get the shot, mRNA goes into cells and sends “instructions” to the cells to create the spike protein. By itself, the spike protein will not cause COVID-19 – it’s just one piece of the virus. The mRNA lasts in your system for about 24 hours and then starts to degrade, but your cells will continue to express the spike proteins for a few days.Â
Your immune system recognizes those spike proteins as foreign and starts creating an immune response against them. The first dose of the vaccine starts this process and provides some protection. The second dose raises and refines that protection to about 95% and helps the effects of the vaccine last longer. The refinement is like the second time you play an opponent in a sport: Even if they change some of their strategy, you are better able to handle them.
The Johnson & Johnson vaccine works differently, using something called a “viral vector.” A viral vector is created when scientists take a nonpathogenic virus (that doesn’t make humans sick) and alter it to do something different. For the vaccine, Johnson & Johnson took an adenovirus and replaced part of its genetic instructions with the genes to create the SARS-CoV-2 spike protein. When you get the shot, the adenovirus enters your cells, giving them the genetic instructions to make the spike protein. Once those spike proteins start appearing on the surfaces of your cells, your immune system recognizes them as foreign and builds an immune response against them. As with the mRNA, the viral vector with the DNA in it only lasts a short time. This is because the viral vector does not replicate well, so it also degrades out of the body. The Johnson & Johnson vaccine requires only one dose at this time.

While the process is similar to what you have heard about gene therapy for hemophilia, it is significantly different in the sense that it uses a completely different viral vector and therefore would not interfere with you having access to gene therapy in the future. Other parameters in your health profile might keep you from getting gene therapy for hemophilia, but it won’t be because you had the vaccine.Â
The Johnson & Johnson vaccine uses an adenovirus, which is altered to create the protein spike. Gene therapy being studied for hemophilia treatment uses an adeno-associated virus (AAV). Even though they sound the same, these two types of viruses are different and are not related, and having a Johnson & Johnson adenovirus vaccine will not cause you to create antibodies to an AAV.

So, Let’s Bust Some Myths: 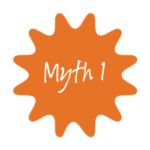 Getting an mRNA vaccine will prevent you from being able to receive future bleeding disorder treatments that use mRNA.

There is no evidence that having an mRNA vaccine will close off access to future bleeding disorder treatments that use mRNA. The mRNA from the vaccine goes in and gives instructions to make the SARS-CoV-2 spike protein and then is degraded in about 24 hours. 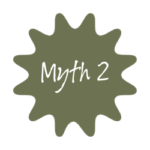 Getting a viral vector vaccine will prevent you from being able to receive future bleeding disorder gene therapy treatments.

There is no evidence that having a gene therapy vaccine made from an adenovirus will close off access to future gene therapy bleeding disorder treatments that use AAV. 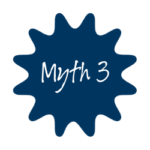 Getting an mRNA vaccine will change your DNA.

Getting an mRNA vaccine does not create any permanent genetic changes. mRNA is a piece of genetic code that goes in, gives instructions to your cells, and, in the case of the vaccine mRNA, starts leaving your system in about 24 hours. It’s generally gone in about three days. In addition, the vaccine mRNA works on the outer part of muscle cells without going into the cells’ nuclei, which is where your genes/DNA are located. 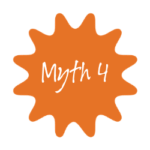 The vaccines can give you COVID-19.

Because the vaccines only use the SARS-CoV-2 spike protein, there is no way to get COVID-19 from a vaccine.