This blog was originally written in Spanish. To read in Spanish, select “Spanish” in Google Translate:Â [prisna-google-website-translator]
I am the mother of a 15-year-old girl, Yanira, with a rare bleeding disorder, severe factor V deficiency. Remembering how the process was to detect her condition and diagnosis reminds me of the distinguished courage she has had since she was a child. 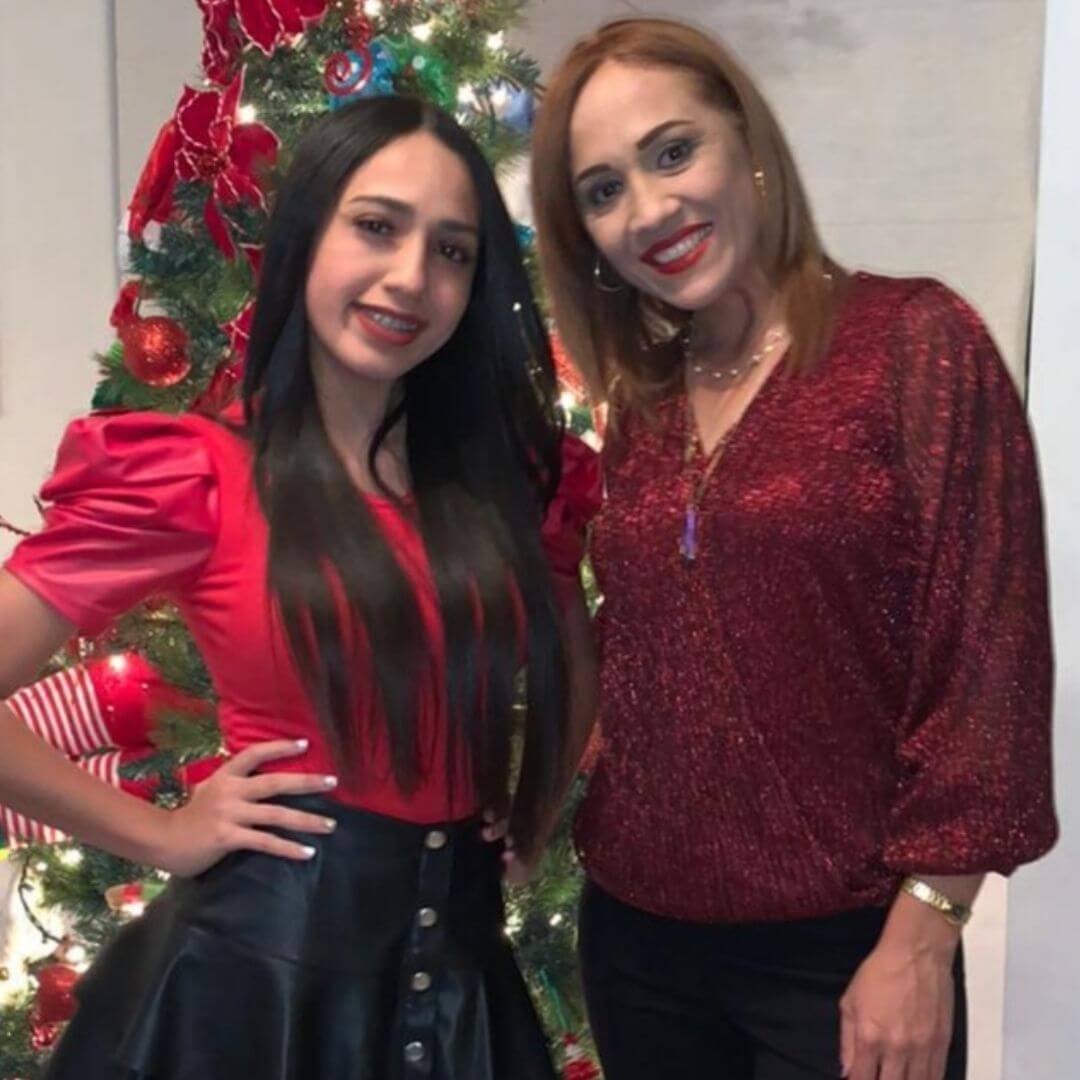 Yanira’s diagnosis brought with her much uncertainty however having Dr. Mirna Figueroa walking hand-in-hand has been a fundamental part of the assimilation of living with this condition. Since I was informed about the possible causes of her condition and finally confirmed her diagnosis, I decided to empower myself from the process and become educated about her condition. At the time there were many unanswered questions. I remember being obsessed with knowing everything about her condition and finding an effective cure or treatment that would help bring a better quality of life to my daughter. I always begged God for my daughter’s healing until I could understand that more than healing, I needed wisdom and to lovingly accept the beautiful challenge God had given me.

I always begged God for my daughter’s healing until I could understand that more than healing, I needed wisdom and to lovingly accept the beautiful challenge God had given me. – Edna

Since her diagnosis, she was terrified of everything she went through and what she wasn’t able to do. I remember having a meeting with her hematologist and asking her what’s going to happen in her teens? How are we going to handle the situation? Her answer immediately was “Let’s live Yanira’s life in stages. Let her be a child.” Hearing those words was enough to dry the tears in my eyes, decide to enjoy my daughter and let her be a child.
Without realizing it, for a long time I was an overprotective mother with her. I recognized that it took a lot of effort for me to be fearful. Fear that was exacerbated as events and situations occurred. Yanira had profuse bleeding with the change of her teeth, had internal bleeding in joints, suffered from an ulcer in the colon, bleeding in an ovary, and other situations. In each of these circumstances Yanira always showed courage and trust in God. Her strength always fills those around her with hope.
In this arduous walk, we had two difficult events in 2013 when my daughter had a bleed in the colon. This was one of the most difficult emergenciesYanira has ever faced. The cause of hemorrage, an ulcer in the colon that we did not know of its existence. She never had any obvious symptoms or signs of bleeding. This emergency lasted about two and a half months of hospitalization receiving plasma transfusions until the ulcer healed. An exceedingly difficult situation but bearable, for the very good attention she received at San Jorge Children’s Hospital.
After overcoming such a difficult situation, the time came to change the pieces of permanent teeth. At each change of piece, she was bleeding so hard that we couldn’t control her at home, so she had to be hospitalized for plasma transfusions as there is no substitute for the V blood factor she has a deficiency of.
After this stage in November 2017 came the next stage of adolescence – menstruation. My girl was anemic from the profuse bleeding she suffered. Already in the next month of December we managed to raise the hemoglobin in two weeks to levels never seen before. Achievement reached by changes in diet and ingesting vitamins prescribed by her pediatrician. Two weeks later, on Dec. 26, 2017 began to present strange symptoms such as vomiting, abdominal pain, dizziness and hunched posture due to such acute pain. I decided take her to a hospital in the southern area of Puerto Rico where the doctor who evaluated her, diagnosed her with colic. However, the next day I took her to the hospital with her doctor and in a new evaluation determined that she was bleeding in an ovary. Due to this bleeding, the hemoglobin lowered to four and had to be admited in the intensive care unit for a week.
Of all the emergencies experienced, I can say that this was the worst of all when at the time I saw my daughter complaining of a lot of pain and had no strength even to walk.Â  We faced a very delicate clinical picture that could have been avoided if in the first hospital had managed to make a thorough and responsible evaluation to arrive at the correct diagnosis.
Unfortunately, this is one of the challenges we face in the area where we live. Every time we visit a medical facility, I always talk to staff about my daughter’s condition and how it is treated. Many doctors are unaware of the bleeding disorder they suffer from.Â  They refuse to be receptive to listen when by way of introduction I explain about their Â condition. It is very regrettable that many doctors refuse to educate themselves about it and how to treat this type of patient.
That’s why more research is needed on my daughter’s condition and developping effectiveÂ  treatments for patients like her. Unfortunately, there is little information about Â thisÂ  bleeding disorder due to severe factor V deficiency. In some way, it’s as if you under estimate the severity of having a diagnosis like this. My daughter is an example to understand that there is a need for new treatments. Globally there ismore people with this severe diagnosis. Every day I live in the hope that there will be some innovative treatment that will be effective in treatingher condition. Treatment that offers my daughter the opportunity to have a better quality of life since today we face the challenge of her menstrual periods.
In this arduous walk we only must thank God and those who in one way or another have contributed for the welfare of Yanira. After God, I especially thank her doctor for their attention and for always being like an angel who provides us with shiny bright ray of hope.
Yanira is a super energetic girl who really likes sports and dancing. Her favorite sport is volleyball. Unfortunately, she has not been able to perform in the sport because of her condition. However, her maturity has led her to understand that we do not strive for what we cannot do but in what we can achieve.
Edna and her daughter, Yanira, live in Puerto Rico.
Note: “Infusing Love: A Mom’s View,” is a blog collection of personal opinions and a representation of individuals’ experiences. While extensive efforts are made to ensure the accuracy of the content, the blog entries do not represent HFA or its Board of Directors. The blog is also not intended to be construed as medical advice or the official opinion/position of HFA, its staff, or its Board of Directors. Readers are strongly encouraged to discuss their own medical treatment with their healthcare providers.