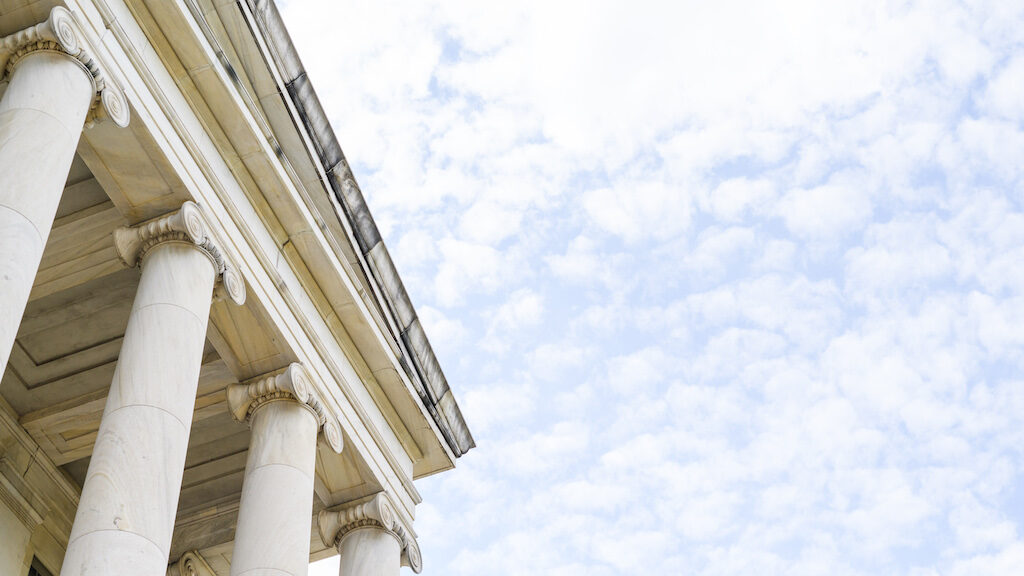 The omnibus spending legislation passed late in the year by Congress will let states resume Medicaid eligibility determinations in April 2023, even if the Administration decides to continue the COVID-19 public health emergency (PHE) past that time.

The National Association of Medicaid Directors (NAMD) had urged Congress to gives states greater certainty than the Administration was willing to provide regarding the end of the PHE, which has consistently been renewed in 90-day increments since first being declared back in January 2020 (see State of the States, Fall 2022). In exchange for the extra Medicaid funding that Congress gave states to offset the costs of additional enrollment during the pandemic, states were barred from terminating coverage for any Medicaid enrollees while the PHE remains in effect, even if enrollees were no longer eligible for Medicaid (the “maintenance of effort” mandate).

The omnibus bill effectively gives states 100-day notice before they can restart eligibility redeterminations (instead of the 60-day notice promised by the Administration). However, redetermining the eligibility for all Medicaid enrollees remains a herculean task for many states given that nationwide enrollment is expected to surpass 100 million by early 2023 (an increase of more than 25 percent from pre-pandemic levels). However, states will still be given a 12-month grace period to start the redetermination process for all enrollees. In addition, the extra 6.2 percent in federal Medicaid matching funds will no longer be cut off at the end of the quarter after the PHE ends but instead phased-down over 2023—removing the financial incentive for states to rush through redeterminations in only 2-3 months (see State of the States, Fall 2022).

The Medicaid and CHIP Payment and Access Commission (MACPAC) had raised concerns at their December public meeting that many individuals who lose Medicaid coverage as part of the PHE unwinding will not smoothly transition to other insurance affordability programs. These concerns were borne out by the latest estimates from the Robert Wood Johnson Foundation, which projects that at least 18 million Medicaid enrollees could lose coverage during the 12-months following the end of the “maintenance of effort” mandate and nearly four million of those individuals are likely to remain uninsured. As a result, the study predicts that at least 19 states will see uninsured rates spike by more than 20 percent.

Starting July 1, 2023, the new law prohibits the use of CAAPs for prescription drugs in most situations, despite late efforts by insurers to allow CAAPs whenever they have FDA-approved generic alternatives. The same generic exception was included in CAAP laws in five states (Arkansas, Arizona, Georgia, Kentucky, and North Carolina).

The Global Healthy Living Foundation recently released a new study showing state laws prohibiting CAAPs have not resulted in any increase in plan premiums, contrary to claims from health insurers.

Colorado submitted a formal request this month seeking approval from the Food and Drug Administration to import 112 “commonly prescribed” drugs from Canada, including blood thinners and drugs for asthma diabetes, cancer, and HIV infections. The drug importation plan is projected to reduce the cost of these drugs at 65 percent for Colorado residents.

At least five other states (Florida, Maine, New Hampshire, New Mexico, and Vermont) have submitted comparable plans to the FDA, while others such as Oregon are taking a “wait and see” approach to evaluate which plans the FDA may ultimately approve.

Under the Trump Administration, HHS finalized first-ever regulations allowing the importation of “certain prescription drugs” from Canada; however, the regulations do not permit importation of biologics such as blood clotting factor products. President Biden subsequently expressed support for an importation pathway, but the FDA has yet to act on any of the formal state requests and will not pledge to do so during 2023.

Florida officials filed a federal lawsuit last summer trying to force FDA to act on its request.  In response, the agency identified “dozens” of gaps or “defects” in Florida’s proposal and asked the state to withdraw its application or submit another.

New Hampshire’s proposal was subsequently denied by FDA for failure to identify a Canadian wholesaler that would provide the imported drugs.

The Pharmaceutical Research and Manufacturers of America (PhRMA) strongly opposes drug importation, filing a lawsuit to challenge FDA’s final rule (that remains pending).  Canadian officials also oppose the state proposals, insisting that drug importation to the United States would cause or exacerbate drug shortages within Canada.

Washington becomes first to include undocumented immigrants in ACA Marketplace

The state of Washington received federal approval in December for an unprecedented waiver that will allow its state-based ACA Marketplace to provide coverage to undocumented immigrants, starting in 2024.

Undocumented immigrants will still be ineligible for any federal premium subsidies, so the state will be incurring 100 percent of the cost for their coverage in the Washington Healthplanfinder (projected to be roughly $5 million per year). However, the waiver removes prohibitions on undocumented immigrant coverage under the ACA and federal Medicaid law.

The waiver was granted under the authority in Section 1332 of the ACA. Although many other states have received Section 1332 waivers, these have largely been granted for reinsurance programs to compensate insurers for exceptional claims (with a combination of federal and state funding). Washington is the first state to use a Section 1332 waiver to cover undocumented immigrants in the Marketplace. The waiver will expire in 2028 without additional federal approval.

Colorado also covers undocumented immigrants through a state-funded platform, starting in 2023. However, OmniSalud is separate from the state’s ACA Marketplace, unlike Washington.

California submitted a similar waiver proposal in late 2016, but quickly withdrew it on fears that that immigration data obtained by the Marketplace would aid the federal government in deportation efforts. However, the state legislature will revisit the issue with new legislation already introduced for 2023.